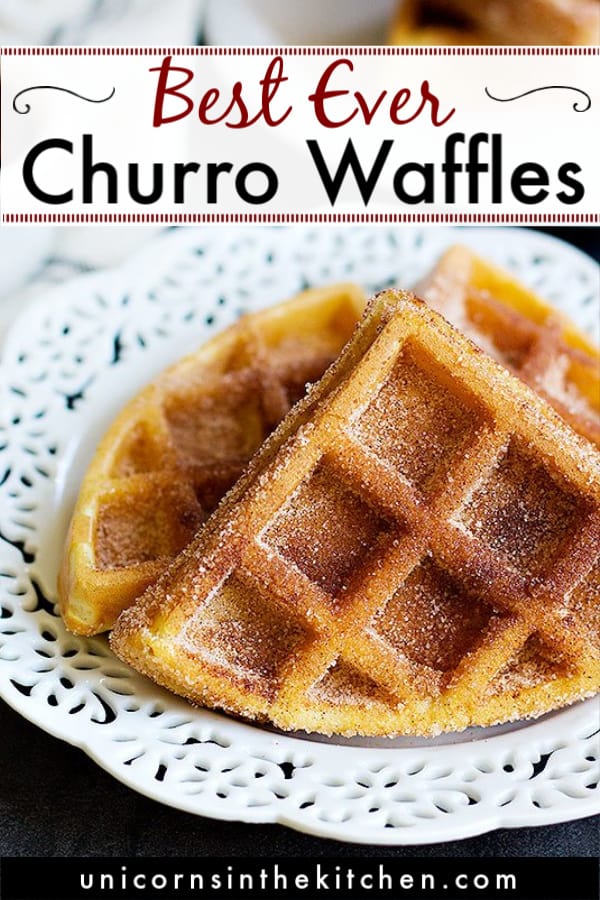 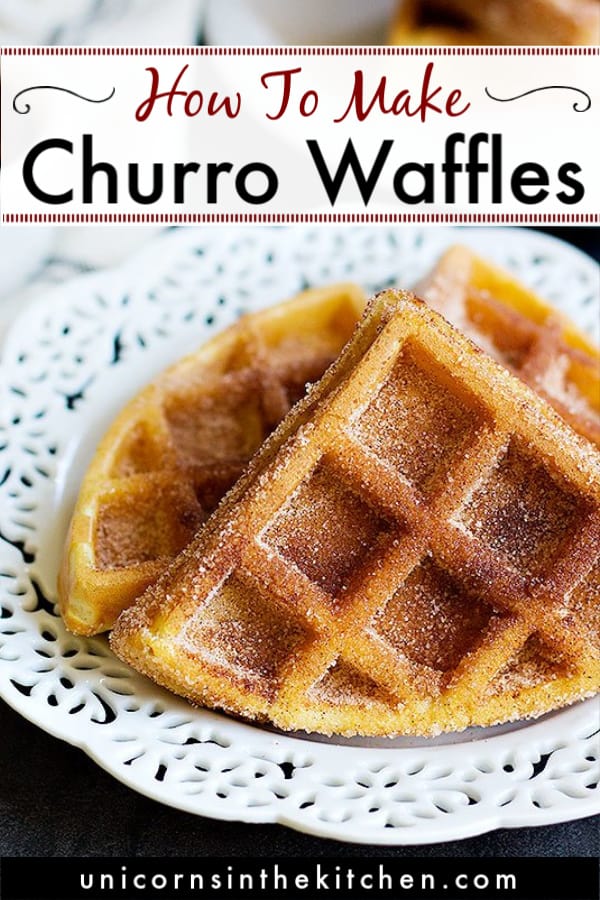 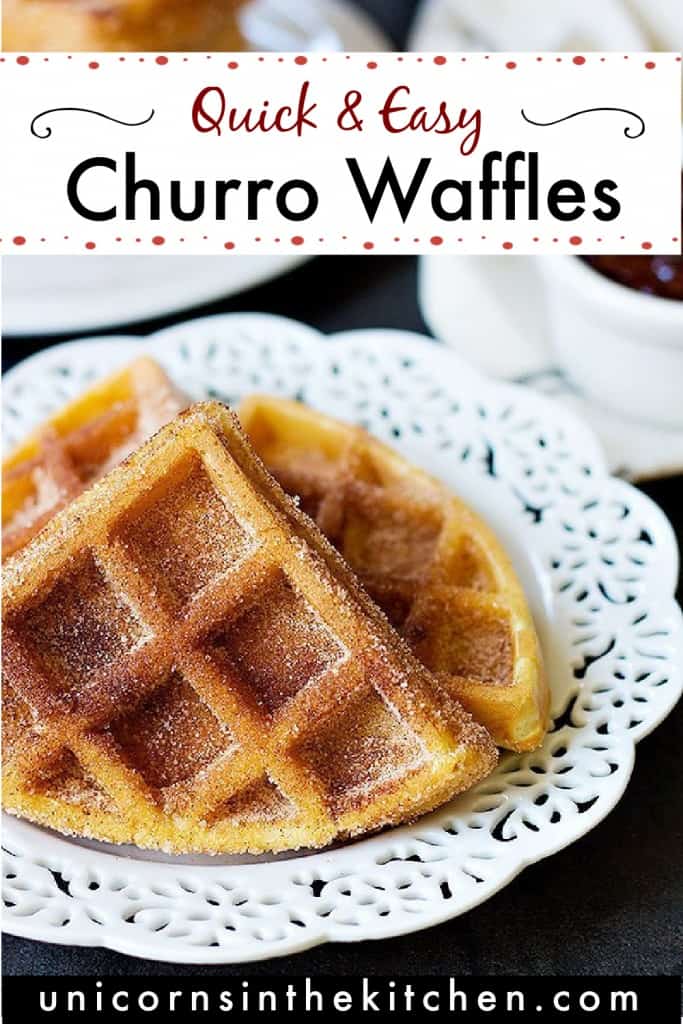 Start you mornings with a dessert-flavored breakfast. Churro Waffles are delicious fluffy waffles full of cinnamon sugar, served with some delicious chocolate! 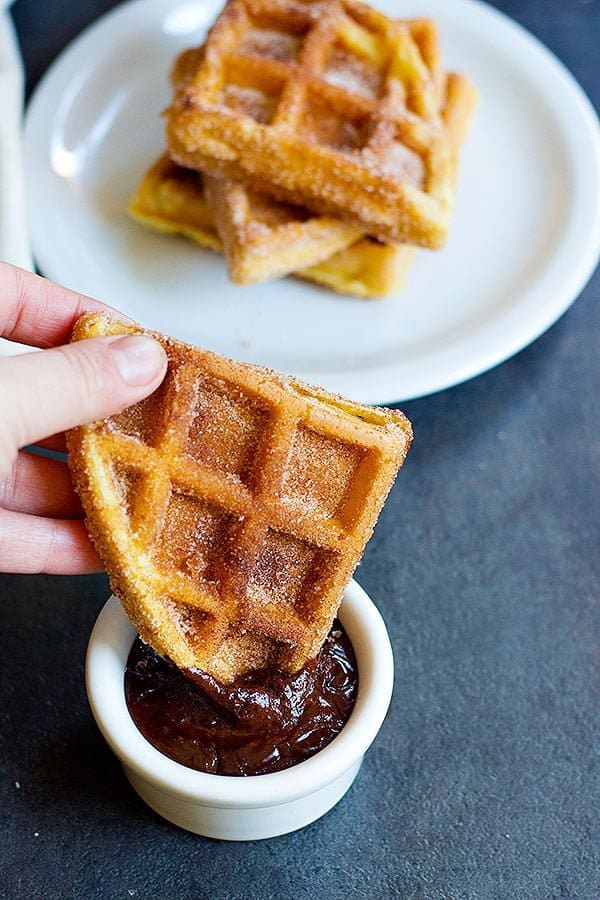 Churro waffles is like having dessert for breakfast. I see zero complaints there!

Mornings need to start with a delicious breakfast that wake up up and make us happy. In our home, like many others, breakfast is the most important meal of the day.

Depending on the day, our breakfasts may vary, from delicious breakfast pizza to apple pie crepes to a quick sweet and spicy breakfast toast. But one of our all time favorite breakfast recipes is this tasty churro waffles.

Why this churro waffle recipe works?

These churro waffles are a great option because first, they are so easy to make and instead of frying the dough to have churros, you can simply get the flavor by making some waffles for breakfast and coat it with cinnamon and sugar.

And, secondly, they're pretty quick and easy to make. It literally takes thirty minutes to make these delicious waffles that the whole family would devour! 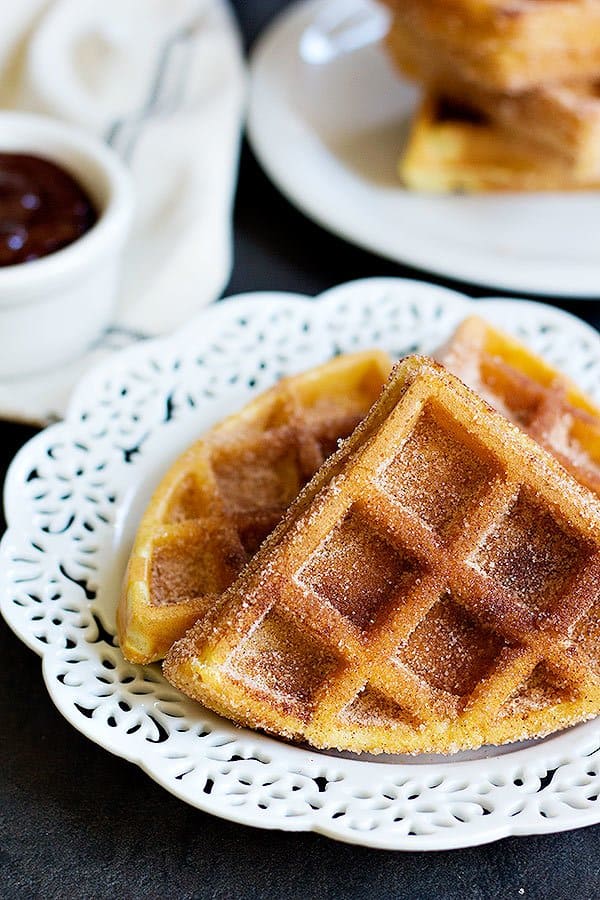 These tasty cinnamon sugar waffles are perfect for weekend brunches with family and friends. Everyone loves the cinnamon sugar combination and it's amazing when dipped in chocolate!

How to make churro waffles

Start with making the batter: mix buttermilk (I always use homemade), vegetable oil, eggs and sugar in a bowl, then add in the flour, baking powder and baking soda. Mix until the batter comes together but do not over mix it.

Heat up the waffle iron and pour ¼ cup of batter into the waffle iron. Cook for three to four minutes. Once the waffles are cooked, brush them with some melted butter and generously sprinkle with cinnamon and sugar. 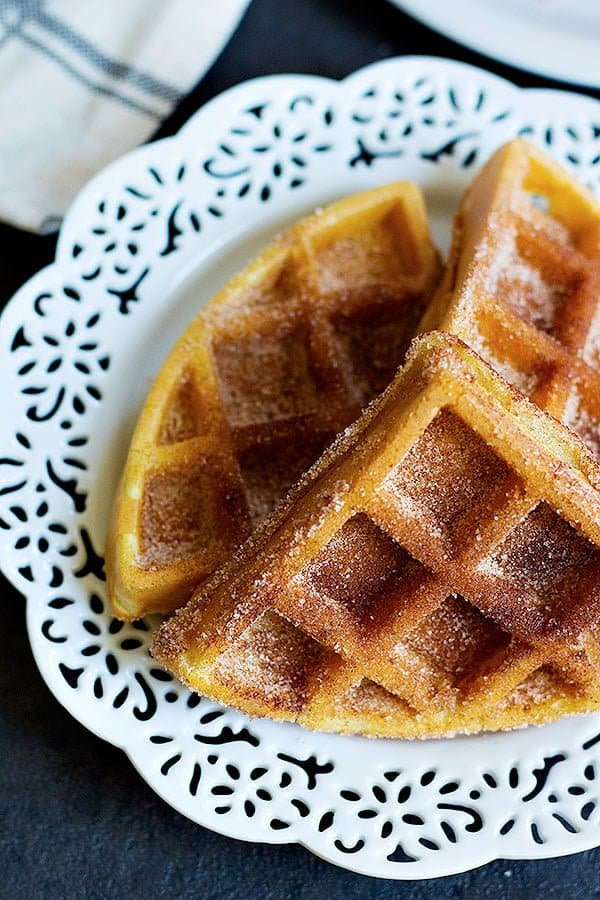 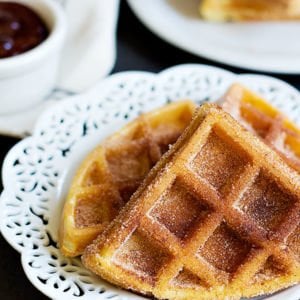 To make buttermilk, mix 2 cups of milk and 4 tablespoons lemon juice, let it sit for 10 minutes.

Calories: 306kcal
Did you make this recipe? Let us know how it was by leaving a comment and a 5-star review!