This Rosemary Cheddar Cornbread is moist and full of delicious flavors. It's packed with aromatic rosemary baked in a cast iron skillet and has a beautiful crispy crust. 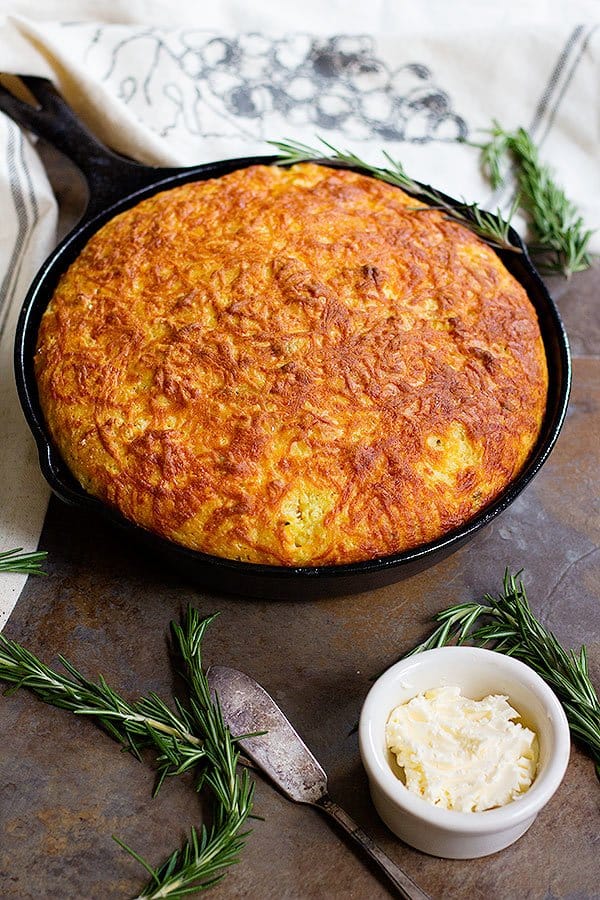 Cornbread is so underappreciated.

We don't eat a lot of cornbread and I don't have a good reason for that. I think corn bread is so humble it gets lost among all the other breads, like easy Irish Soda bread and garlic knots. But with this recipe of rosemary cheddar cornbread, I think I'm going to make this delicious side more often.

So, Thanksgiving is less than five days away! I've done my shopping and I've planned everything. Now if I can actually manage to stick to the plan, this will be a pain and stress free Thanksgiving! 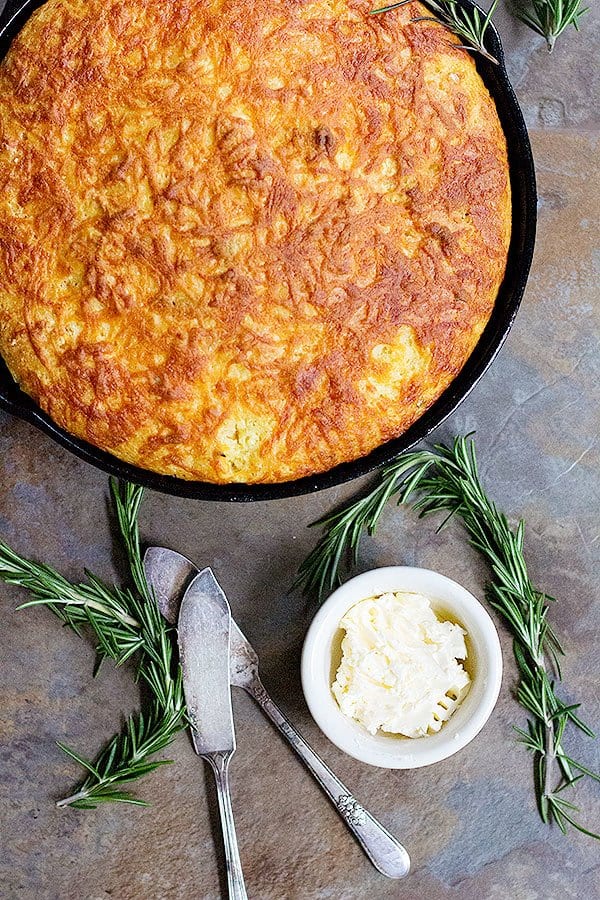 But now let's talk about this amazing rosemary cheddar cornbread. I know corn bread is usually more of a sweet than savory side for Thanksgiving as it's usually served with honey. A few weeks ago when we were travelling, we went to Knoxville,TN and we had an amazing cornbread in a restaurant which inspired me to make this one.

The cornbread we had was moist and savory. It had a layer of melted cheddar cheese on top and wasn't grainy. When we came back home, I tried to replicate it and add our own touches to it. 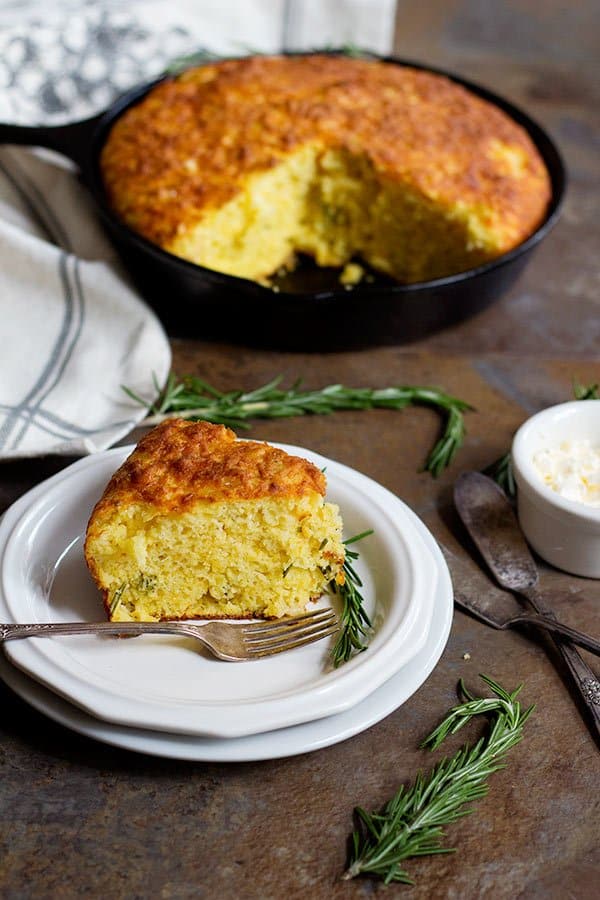 I used both milk and yogurt to make this rosemary cheddar cornbread which gave a great texture to the bread. In addition to the cheddar cheese baked inside the cornbread, I also topped the batter with cheese - because who can ever have enough cheese, right?

I baked the rosemary cheddar cornbread in a 9-inch cast iron skillet to give it a nice crispy crust. I preheated the cast iron in the oven and then poured the batter in it. As the cast iron was already hot, the crust shaped instantly which helped the cornbread itself stay moist and soft.

If you have leftovers of this rosemary cheddar cornbread, which I doubt, you can keep it wrapped in a plastic wrap and in an airtight container for up to 4 days. Don't forget to add rosemary! 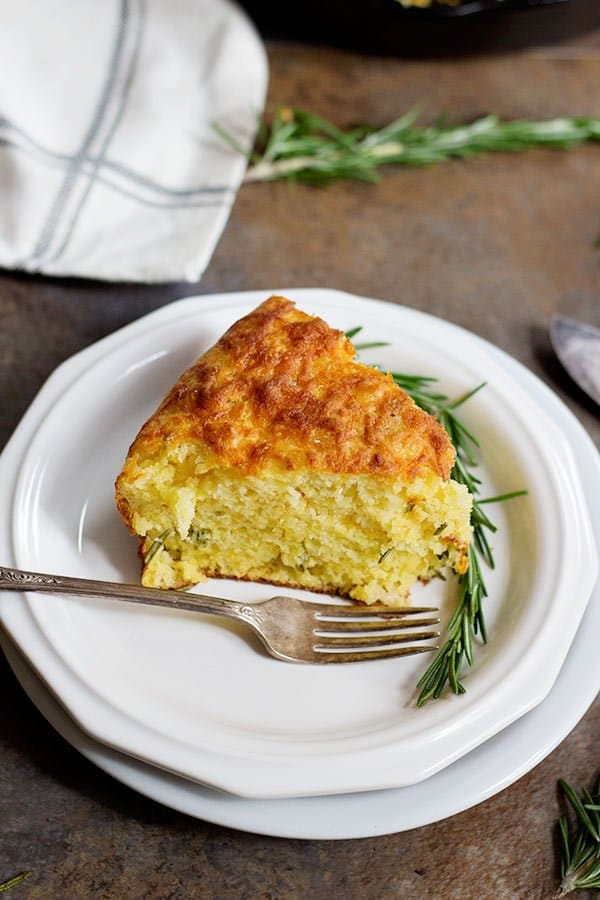 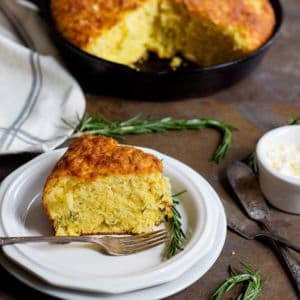 Calories: 392kcal
Did you make this recipe? Let us know how it was by leaving a comment and a 5-star review!
« Triple Cheese Mashed Potatoes with Tilapia
Cranberry Apple Cider »
205 shares