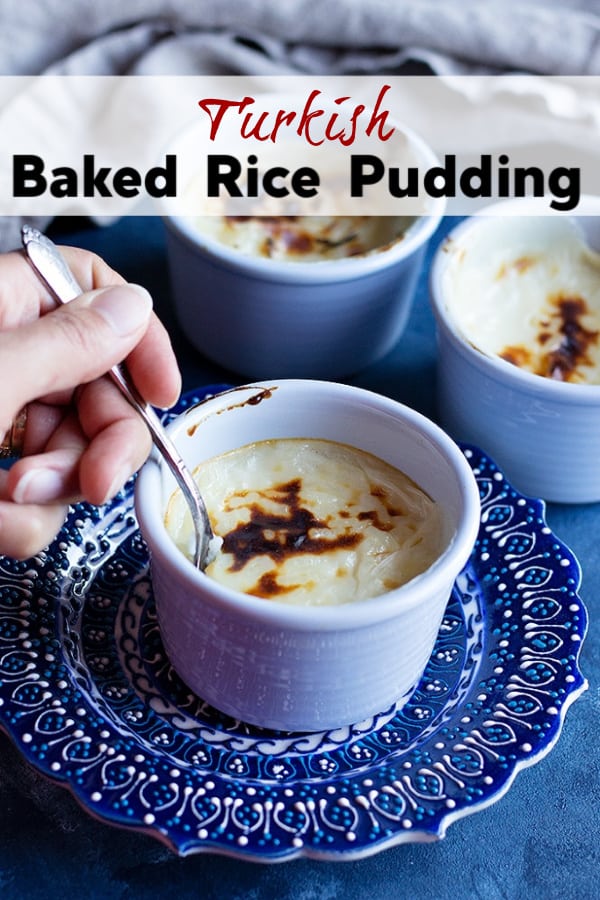 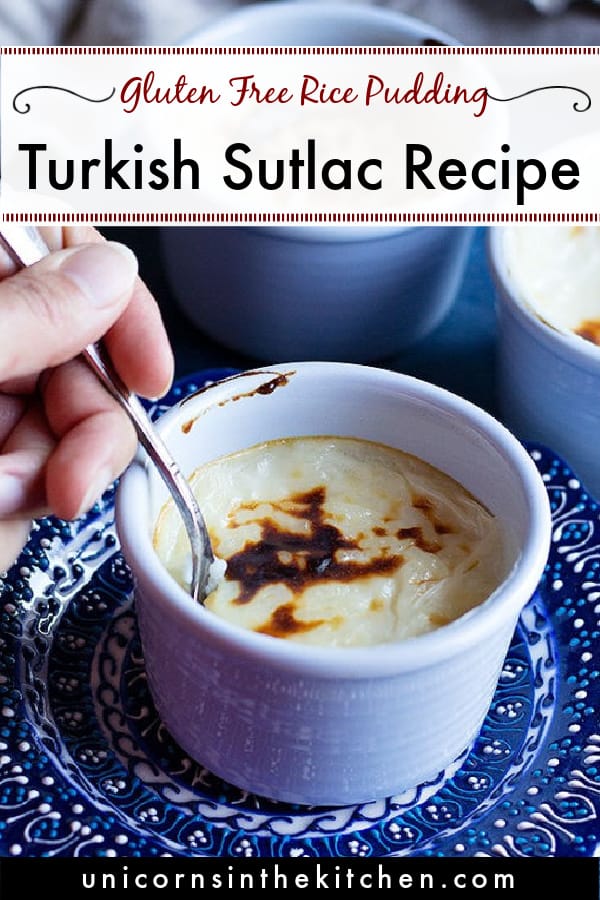 If you love light and creamy desserts, Sutlac, also known as Turkish rice pudding recipe is for you! Creamy and rich with a golden top, this baked rice pudding is also gluten-free. Learn how to make this tasty dessert with this tutorial and step-by-step photos.

Middle eastern and Mediterranean cuisines are known for decadent, tasty deserts. From Iran's saffron ice cream and cardamom muffins to Turkey's baklava and almond cookies, our desserts are filled with amazing flavors. They're light, easy to eat and usually not too sweet. Today's dessert is another delicacy from Turkish cuisine called Sutlac, known as rice pudding in many countries.

Sutlaç (soot-laahch) or Fırın Sutlaç is a Turkish baked rice pudding made with short grain rice and milk. It's made on the stove in a large pot, then divided between oven safe bowls (usually made of clay) and baked in the oven until the tops are browned and settled. Then it's cooled in the fridge for a few hours before serving.

Turks often make sutlac at home in individual clay cups or ramekins. Making this gluten-free dessert at home requires quality ingredients and a bit of time.

This is a baked rice pudding recipe without eggs which makes it even easier to make. If you're looking for a reliable gluten-free dessert recipe, this is going to be your new favorite.

How to make rice pudding the Turkish way

This recipe is not vegan since it uses whole milk. However, you can use coconut milk (the ones in a carton that are mixed with water, not the canned ones) or cashew milk instead of whole milk to make this into a vegan rice pudding recipe. Proceed with the recipe and simply use nondairy milk instead. Rice pudding made with coconut milk will have a subtle coconut flavor as well.

Can I use cooked rice to make rice pudding?

Rice pudding is a great way to use up plain cooked white rice. Most rice will triple when cooked so for this recipe you need about 1 ½ cup cooked short grain or jasmine rice.
To make rice pudding with cooked rice skip the first step (cooking the rice) and start by mixing the cooked rice and 4 to 6 cups of milk to simmer and proceed with the instructions mentioned in the recipe.

Can I use low fat or non fat milk to make rice pudding?

Turkish rice pudding is meant to be creamy. Therefore I don't suggest using low fat or non-fat milk to make it since they won't deliver that creaminess.

Is it normal for the sutlac to look runny when warm?

Yes, when cooking in the pot and right after baking, sutlac would look pretty runny and watery. But it will thicken up as it cools and rests in the fridge.

How to store the leftovers?

You can refrigerate this dessert for up to 4 days. Make sure not to cover the ramekins too tight otherwise the tops might get wet.

Can I make this recipe in advance?

You can make this rice pudding recipe in advance and serve it at your convenience. If doing so, make sure you do not cover them tightly, otherwise they will be wet on top.

Can you freeze rice pudding?

Rice pudding is mainly made with milk, so if you freeze it freezer burn may occur or the milk may crystallize. I don't recommend freezing this dessert but you can definitely make it a couple of days in advance. 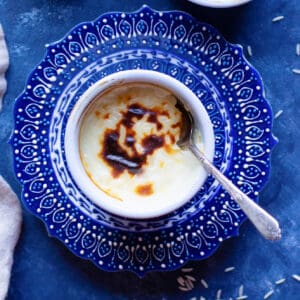