Looking for an easy way to make eggnog more exciting? This Cinnamon Coconut Eggnog is a delicious twist on the good old winter drink that will warm up your winter days!

Eggnog, I didn't know who you were before I came to the US. And, let's be fair, your name doesn't bring a lot of excitement to a person who doesn't know you.

My first reaction when I saw the word "eggnog" for the first time on the internet was "Huh, so it's like, egg? Egg drink? Can you see or smell eggs? I'm scared."

But you can't judge until you try, right? So, on my first Christmas in Seattle, I tried my first eggnog. I'm not going to lie to you, I was relieved that it didn't taste or smell like raw eggs - but I knew I needed to elevate it to like it more. And that's how cinnamon coconut eggnog was born. Because what says winter more than cinnamon? 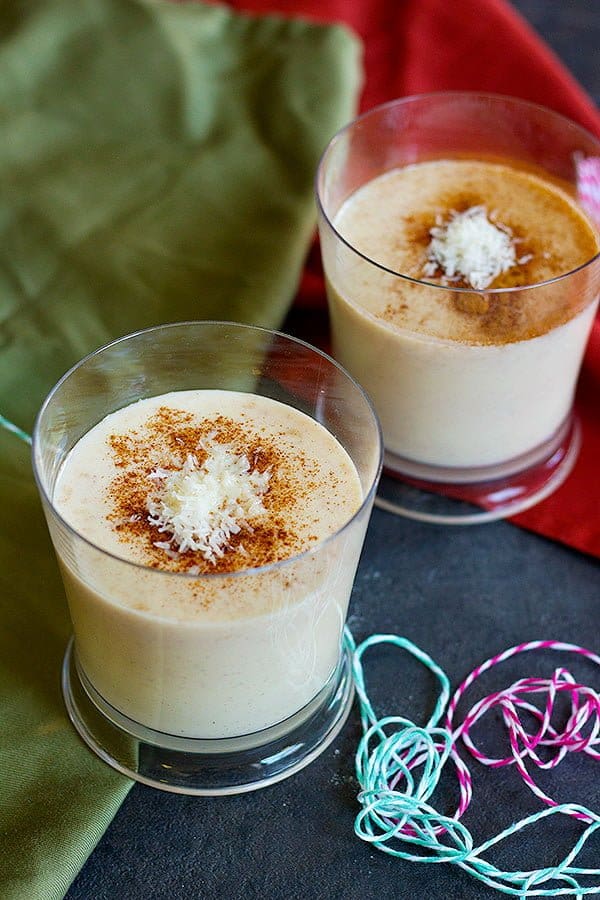 I mixed some cinnamon and coconut with my eggnog, then heated it so it was all warm and, voila, I got all cozy and happy enjoying this delicious winter drink. This is not even a complete recipe; it's more of a "how to make your eggnog more exciting" kind of tutorial and a note about not judging food before you try it.

(Note to self: maybe it's time to try frog legs and alligator meat.) I have to be strong! 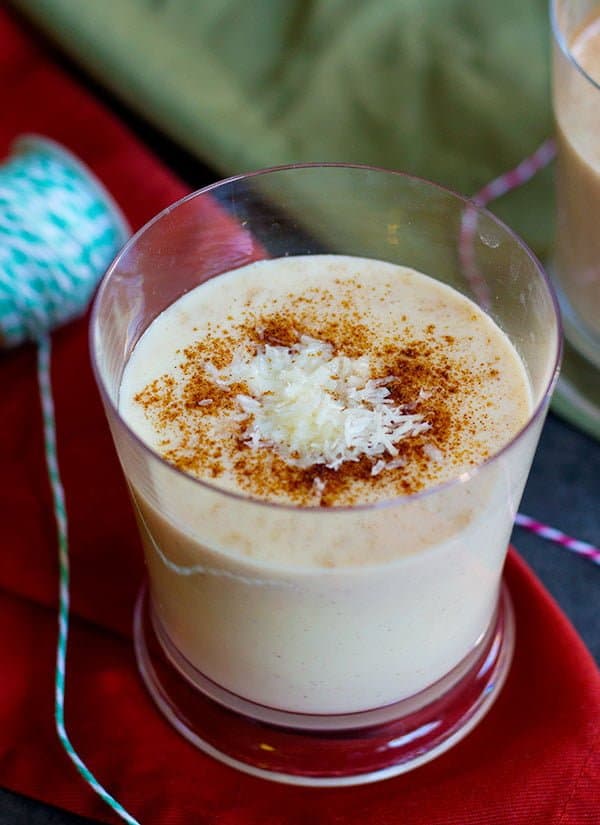 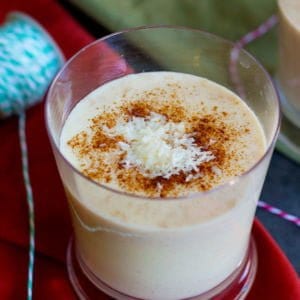 Shadi HasanzadeNemati
If eggnog is too heavy for you, use 1 cup eggnog and 1 cup milk (I use nonfat) and proceed with the recipe.
No ratings yet
Print Recipe Pin Recipe
Prep Time 5 mins
Cook Time 5 mins
Total Time 10 mins
Course Breakfast
Cuisine American
Calories 125 kcal

Calories: 125kcal
Did you make this recipe? Let us know how it was by leaving a comment and a 5-star review!
« Baked Cajun Chicken Nuggets
20 Romantic Valentine's Day Recipes »