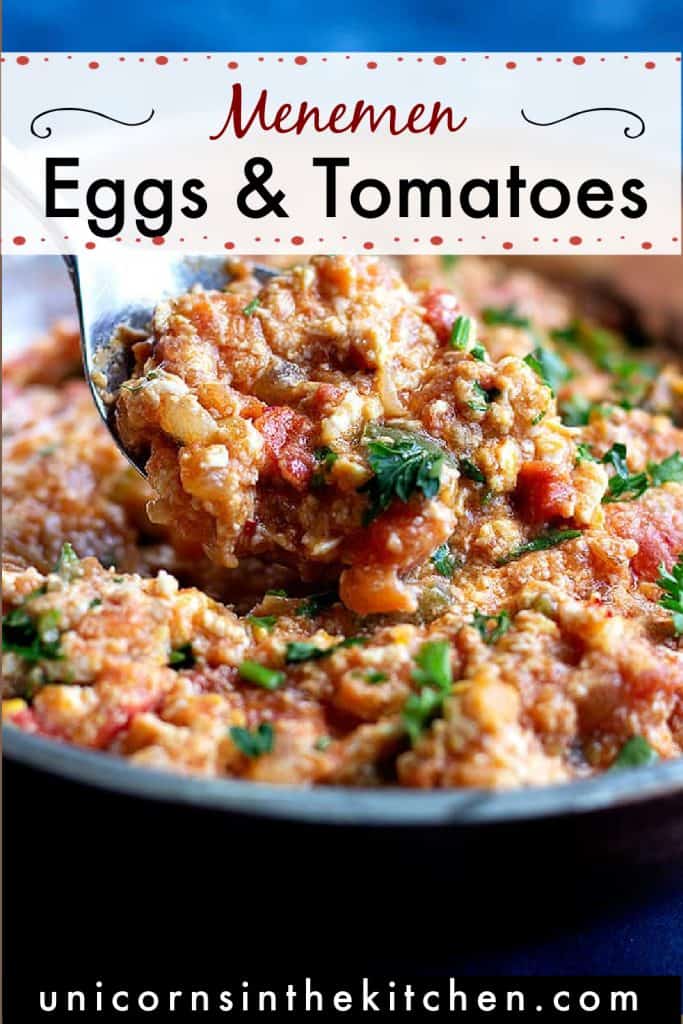 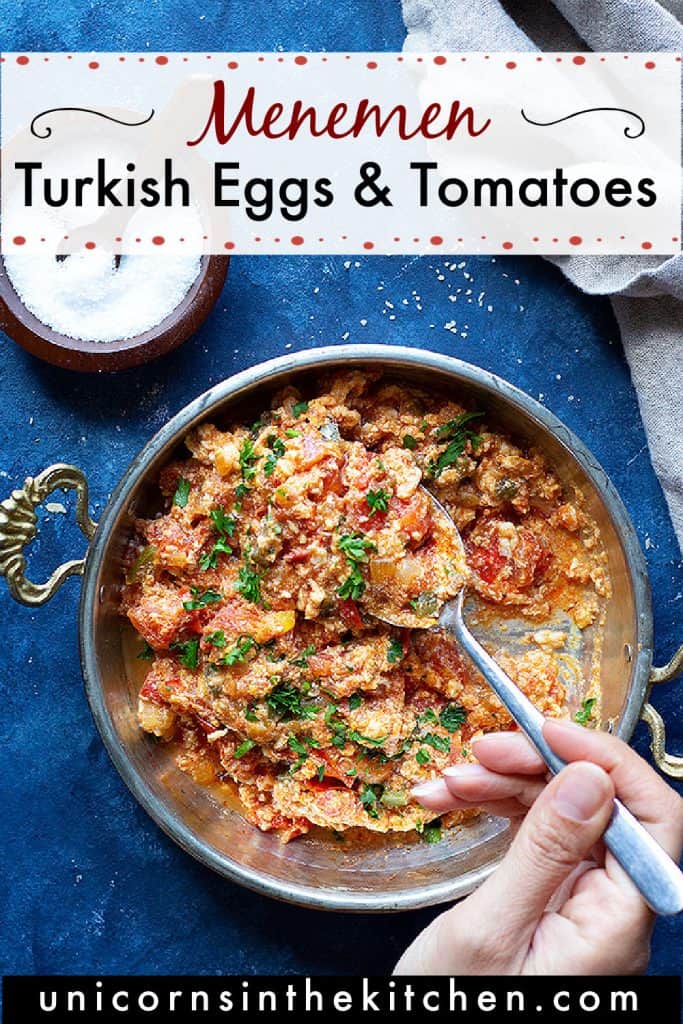 Menemen is a traditional Turkish breakfast recipe that's so easy to make. This scrambled eggs and tomatoes dish make the best breakfast!

You can serve eggs in so many ways for breakfast. This Turkish eggs and tomatoes, called menemen is one of our very favorite ways to have eggs for breakfast. Some of our other favorite egg recipes are Cilbir (Turkish eggs and yogurt), spinach omelette, Italian baked eggs and Mediterranean breakfast hash with tahini sauce, which are healthy, fresh, and quite easy to make.

Menemen, pronounced me-ne-men, is a Turkish eggs and tomato breakfast made in a traditional small pan called sahan (Pictured below). This traditional Turkish dish is often served for breakfast, however, it's also common to serve it as a light meal.

You can find this traditional Turkish breakfast dish in almost any cafe in Turkey and it's also very common to make it at home. It's usually made with fresh and juicy tomatoes.

Tomato based breakfast dishes are very common through the Middle East and Mediterranean regions. However, shakshuka and menemen are two different dishes:

How to make menemen

There are other ingredients you can add to this classic dish to make it even tastier:

This dish is perfect for a nice breakfast or brunch. alongside some cheese, cucumbers, olives and labneh. It's a delicious and healthy recipe that can be prepared in less than 20 minutes.

Menemen is traditionally served in the same pan its cooked in, which is usually a copper pan with double handles called sahan. However, you can make and serve this any pan. This dish is commonly served with bread such as simit for breakfast. I also love serving it with lavash, barbari or Turkish pide bread.

Can I make this dish ahead of time?

Unfortunately, no. Unlike many other egg dishes, this one is best cooked and served right away. You can of course grate or chop the tomatoes, onions and peppers in advance but in terms of cooking, it's best to cook the dish right before serving it.

Can I whisk the eggs before adding them to the tomatoes?

You can add the eggs directly to the tomatoes or you can whisk them with salt and pepper in a bowl and then add them to the pan.

How should I store the leftovers?

It's best to have Turkish eggs and tomatoes fresh. However, you can store the leftovers in an airtight container for up to two days. To reheat, you can either use the microwave or heat in a pan over medium heat. 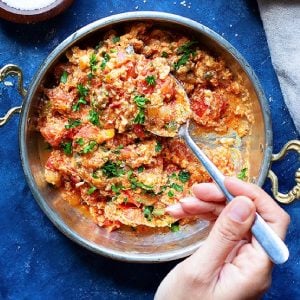