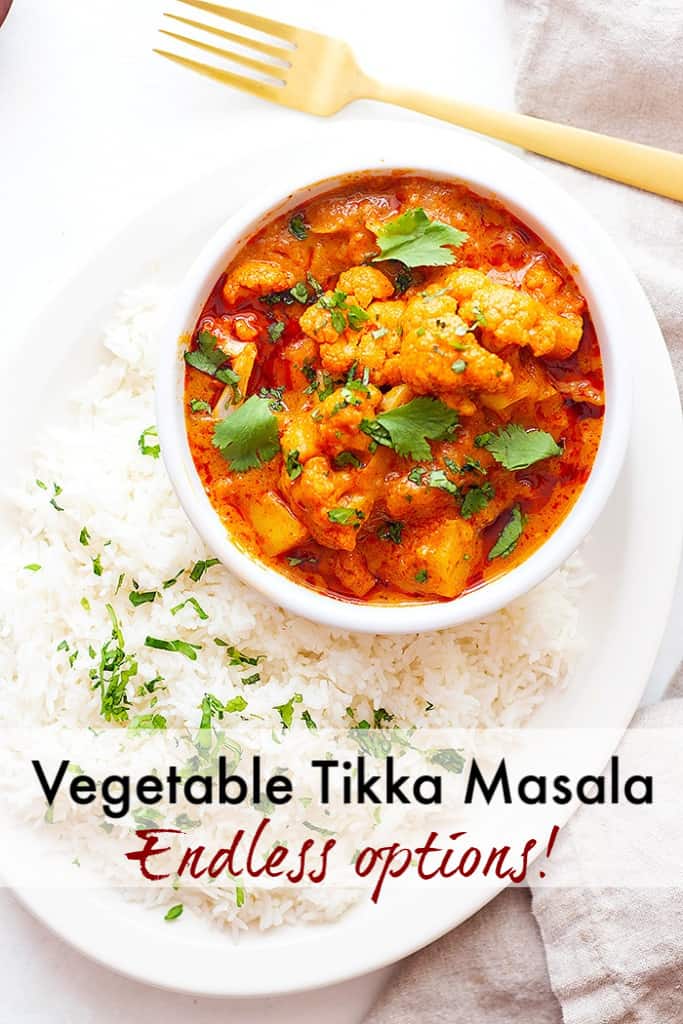 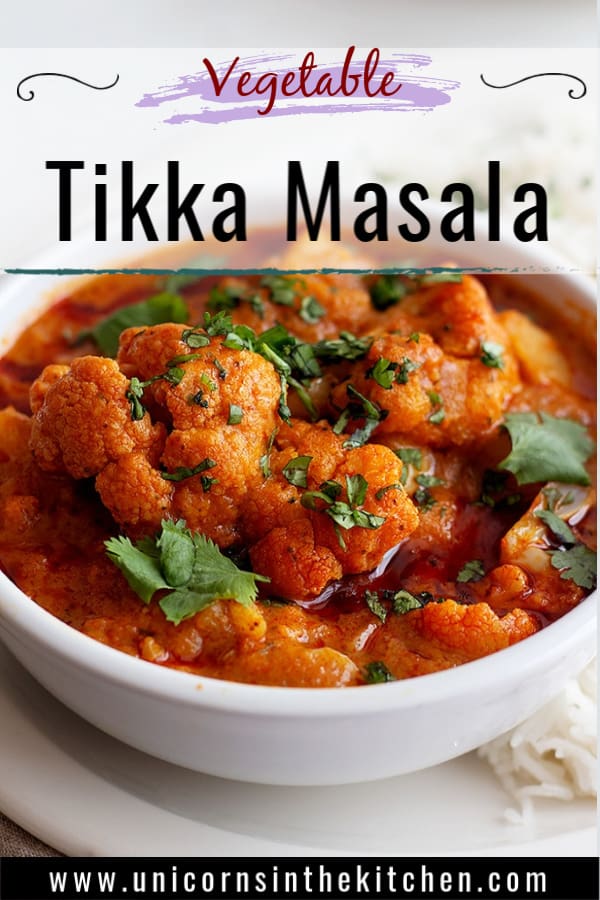 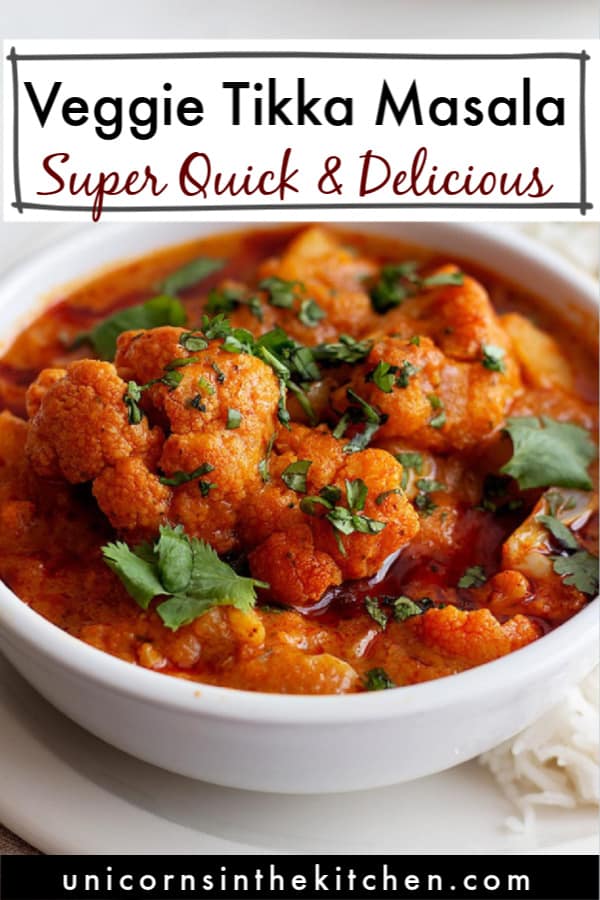 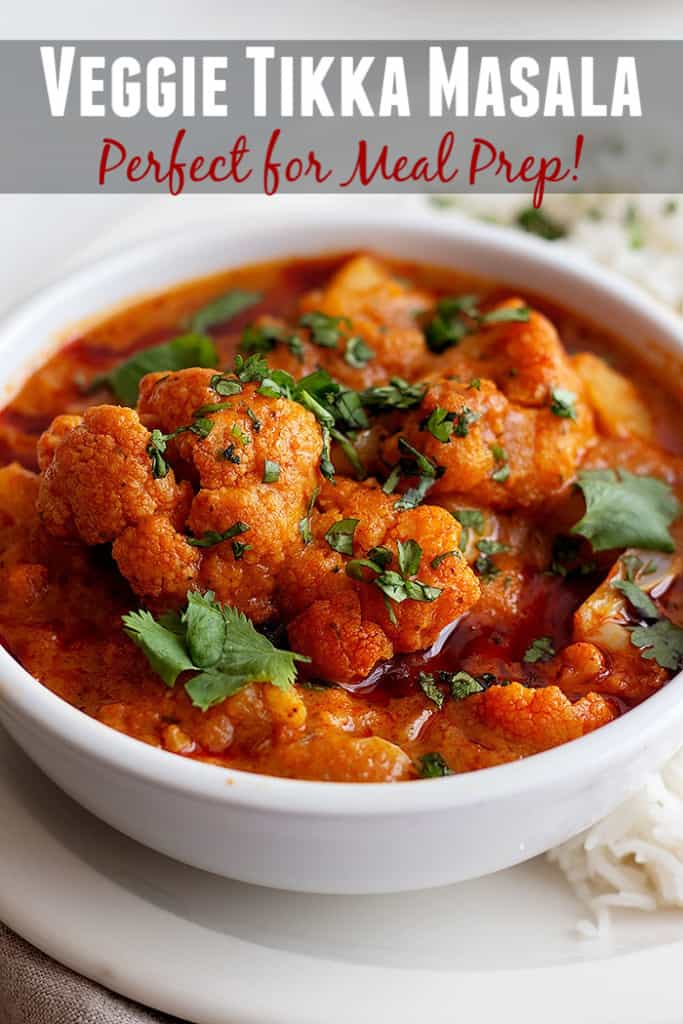 Here's a delicious "clean-the-fridge" vegetable tikka masala recipe that you'll love. Learn how to make a tasty vegetarian tikka masala with just a few ingredients and an easy shortcut. This cauliflower tikka masala is full of flavor and will knock your socks off!

I love dishes that have a lot of spices. Bland is just not my thing, and my taste buds always scream for more flavor. Dishes like fish curry or curry lentil soup are what we make when we crave a dish with lots of flavor. This veggie tikka masala is a vegetarian dinner recipe that comes in handy when you're looking for a way to use up your vegetables. 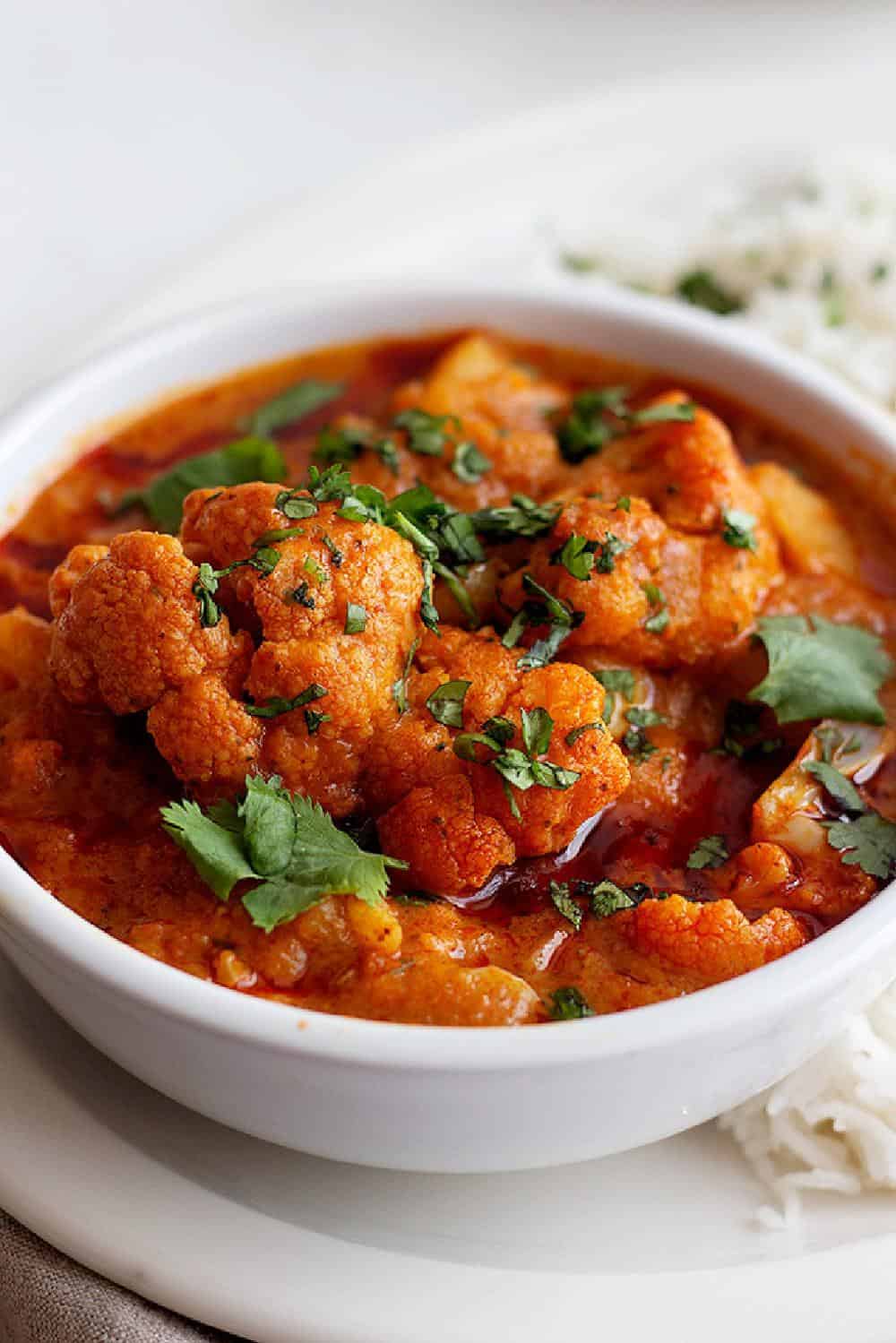 This post has been sponsored by Patak's®. All thoughts and opinions are my own. 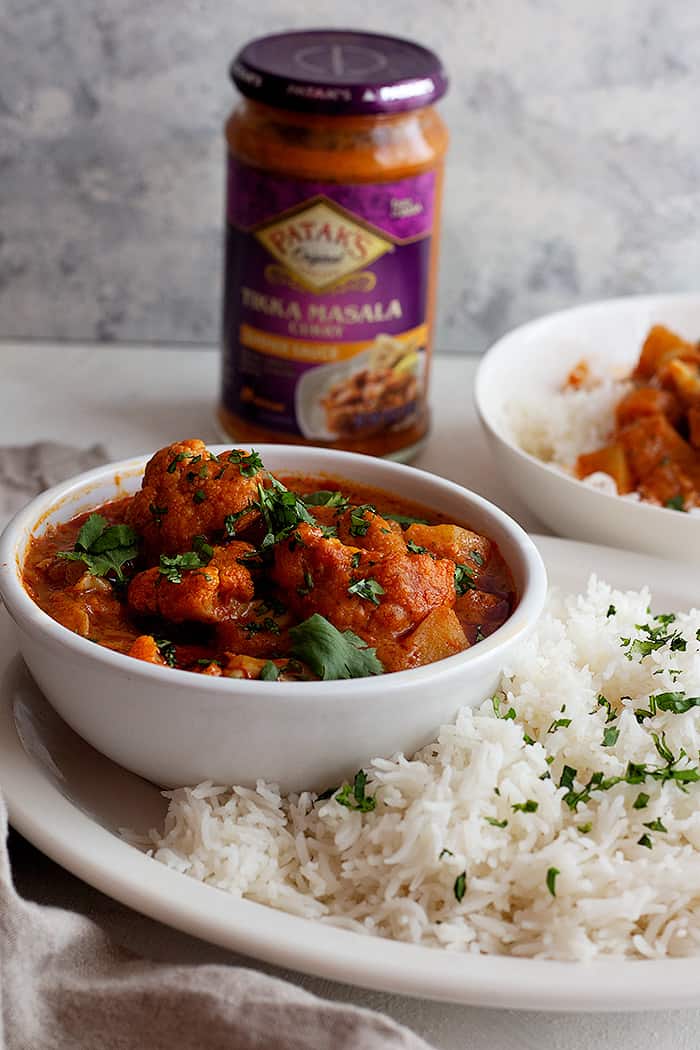 Ever wondered what to do with that carrot left in the fridge or that bit of cauliflower that you got last week? As a cook who hates to waste food, I usually turn those poor unloved veggies into a to-die-for tikka masala using just a few ingredients. You might be surprised, but it doesn't take long to put this tasty dinner together using a smart shortcut!

I made this easy and tasty clean-the-fridge vegetable tikka masala using Patak’s® Tikka Masala Sauce, which I got at Kroger. You can shop this recipe here to add it directly to your Kroger shopping cart. 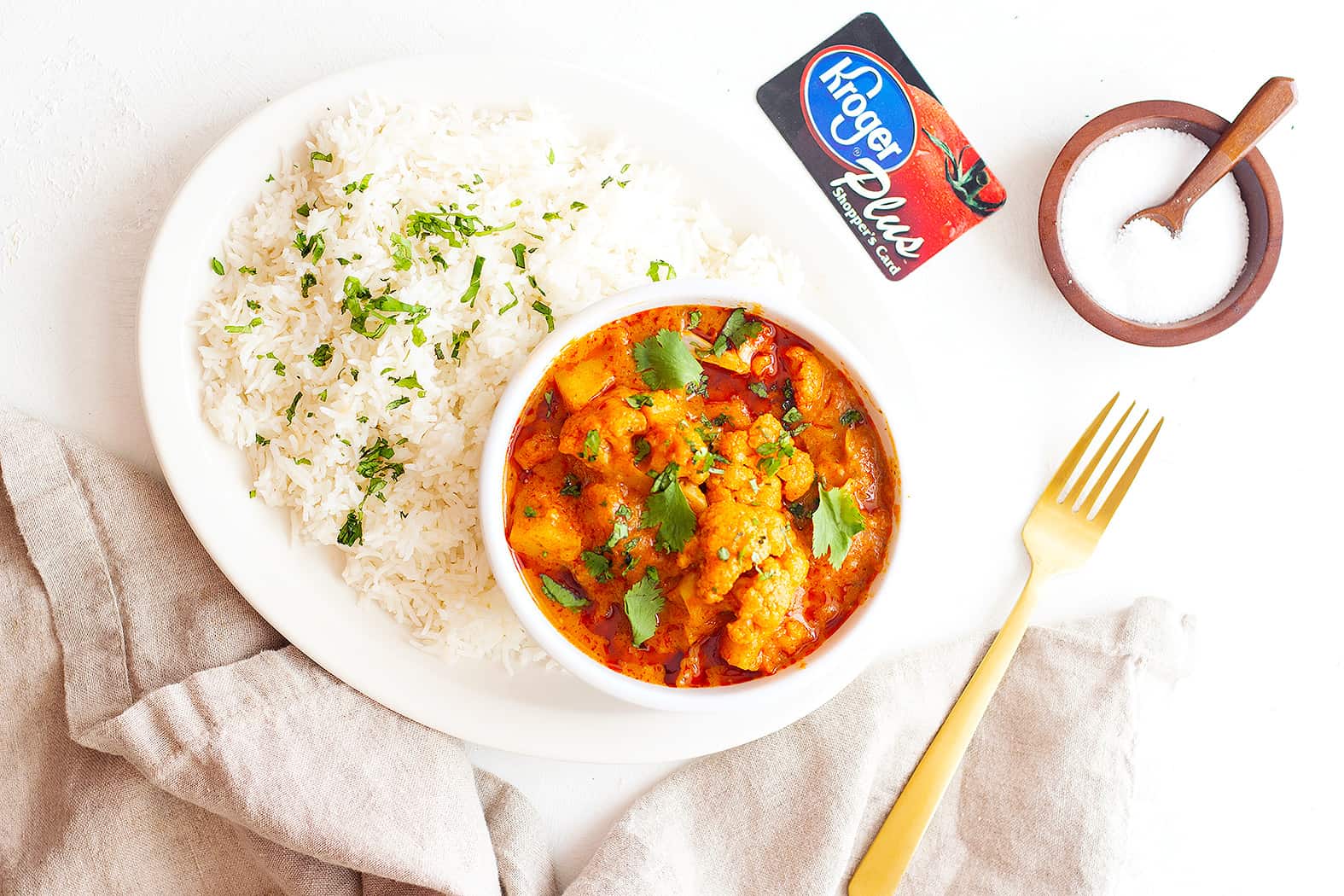 What goes into vegetable tikka masala?

The basic ingredients to make this veggie tikka masala are: 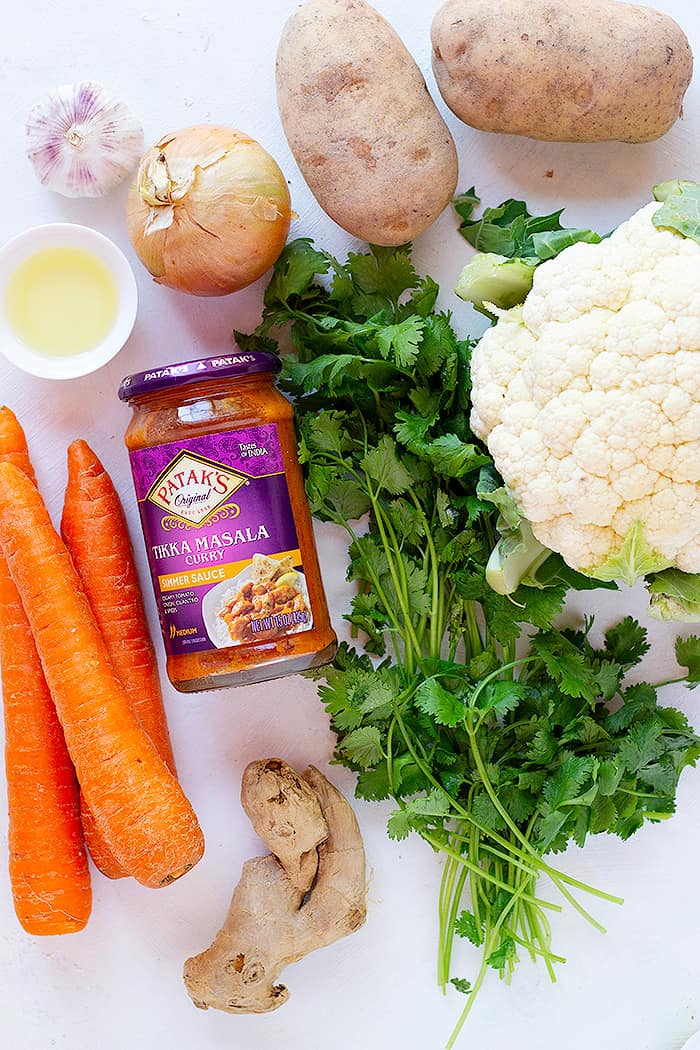 I didn't add any spices to this dish because Patak's simmer sauce already has enough spices and a great flavor. The vegetables absorb the flavors perfectly, and even the pickiest eaters will devour this dish. It's a good way to feed your family all the veggies.

What vegetables go with tikka masala?

Basically any vegetable that won't get mushy works for this recipe. Our favorite additions are:

Make sure to cook these vegetable just enough to be tender and not mushy. Zucchini softens pretty fast, so you would want to add it after you've sautéed all the other vegetables to make sure it'll keep its shape after being cooked in the simmer sauce.

How to make vegetarian tikka masala

You can make tikka masala on the stove, in the slow cooker, or in a pressure cooker. First of all, wash, dry, and cut all the vegetables. This would make the cooking process quicker and without interruption.

What to serve this dish with

What to do with the leftovers?

Store the leftovers in an airtight, preferably glass, container and refrigerate for up to 2 days. To reheat, you can either use the microwave or a small sauce pan. I prefer to heat tikka masala on the stove to make sure it's heated properly. 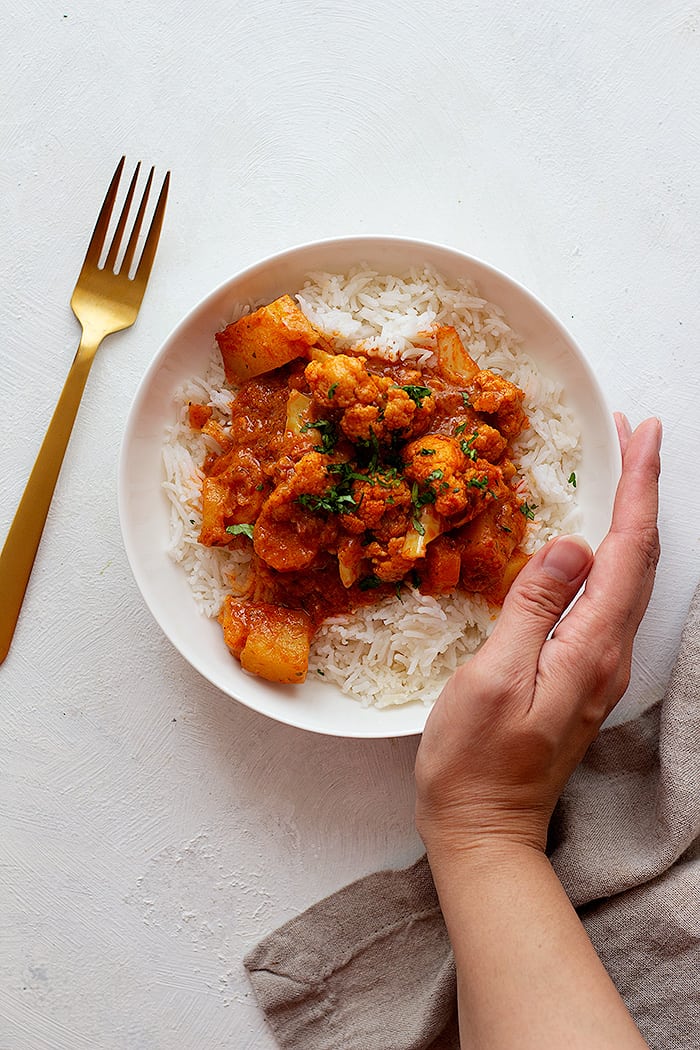 This is one of our favorite ways to eat vegetables and empty our fridge. I love making this for lunch or dinner because it's quick and everyone loves it. The flavors are amazing and every bite will make you want to come back for more. The creamy and luscious texture of this vegetable tikka masala is hard to beat, and I bet you won't even miss the meat! 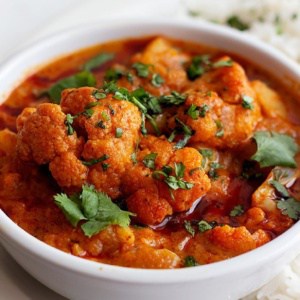 Calories: 400kcal
Did you make this recipe? Let us know how it was by leaving a comment and a 5-star review!
« Persian Stuffed Potato Patties
The Best Mediterranean Pizza Recipe »
212 shares