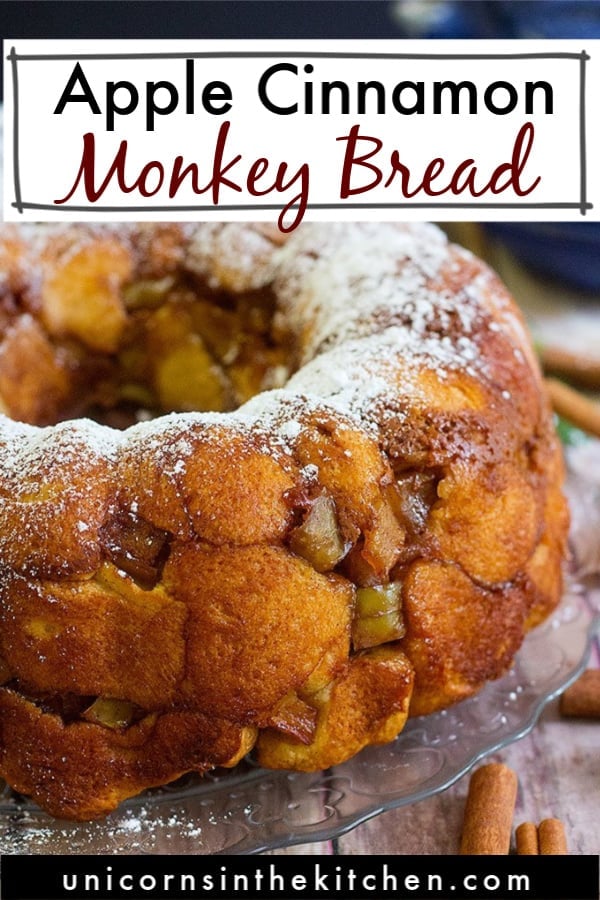 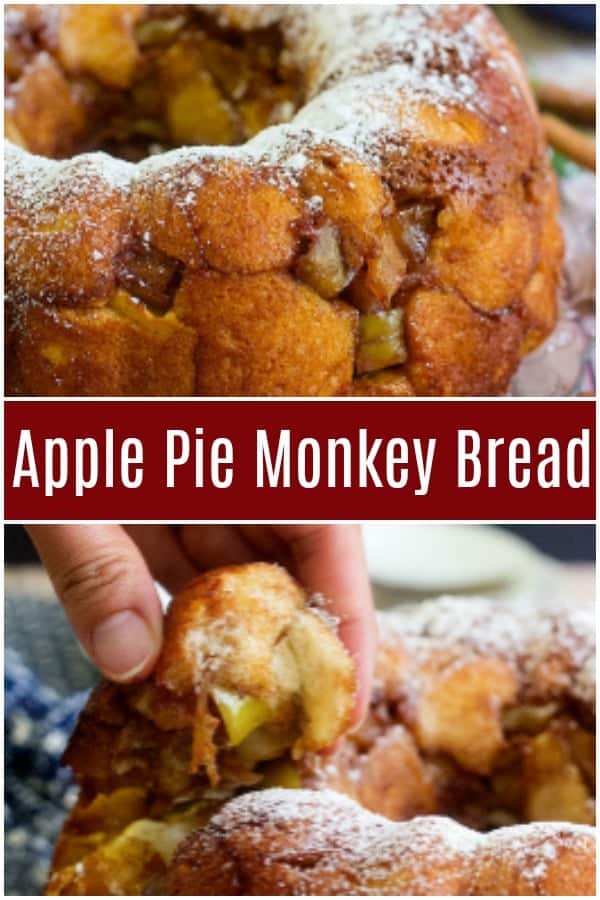 Apple Monkey Bread made from scratch is the perfect family breakfast! The combination of apples and cinnamon makes apple pie monkey bread so delicious! 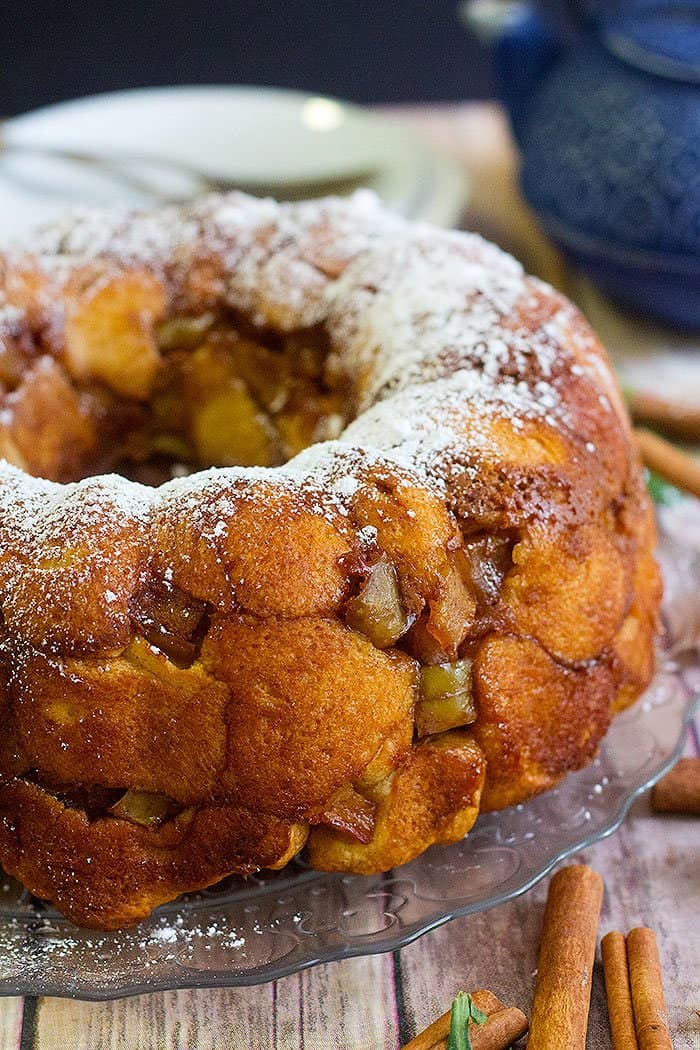 There are a few things out there that are better than the combination of apple and cinnamon, right?

This apple pie monkey bread recipe is two awesome treats mixed into one. It's a hit every time I make it and people simply can't have enough of it!

For the monkey bread you need all purpose flour, yeast, sugar, butter, milk and an egg. 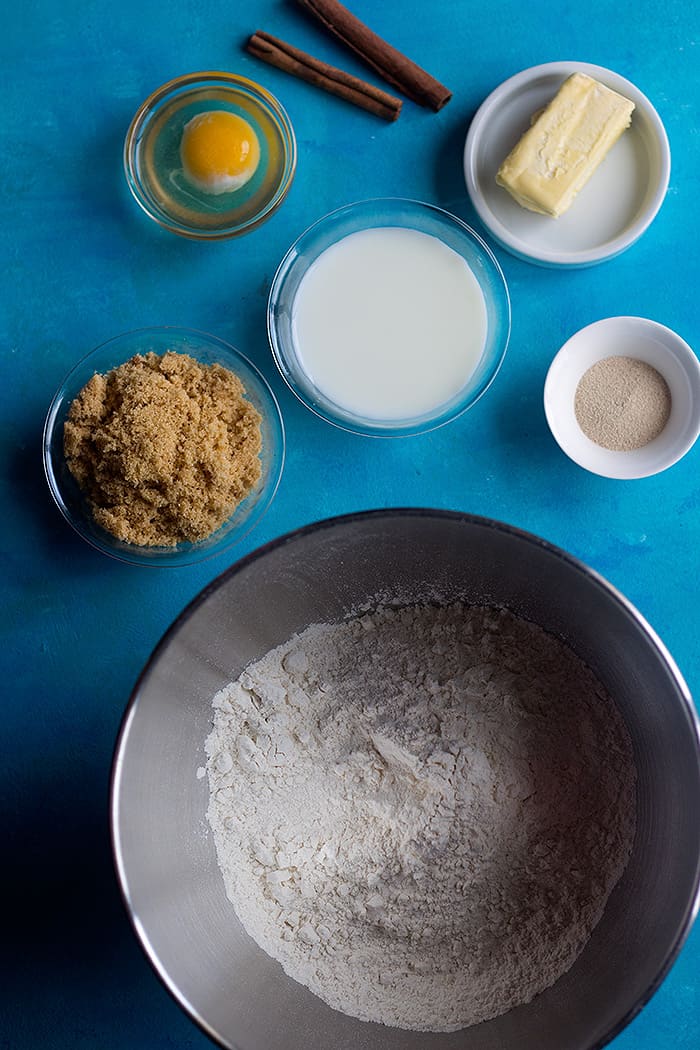 And to make the apple pie filling we use apples, butter, cinnamon and brown sugar. 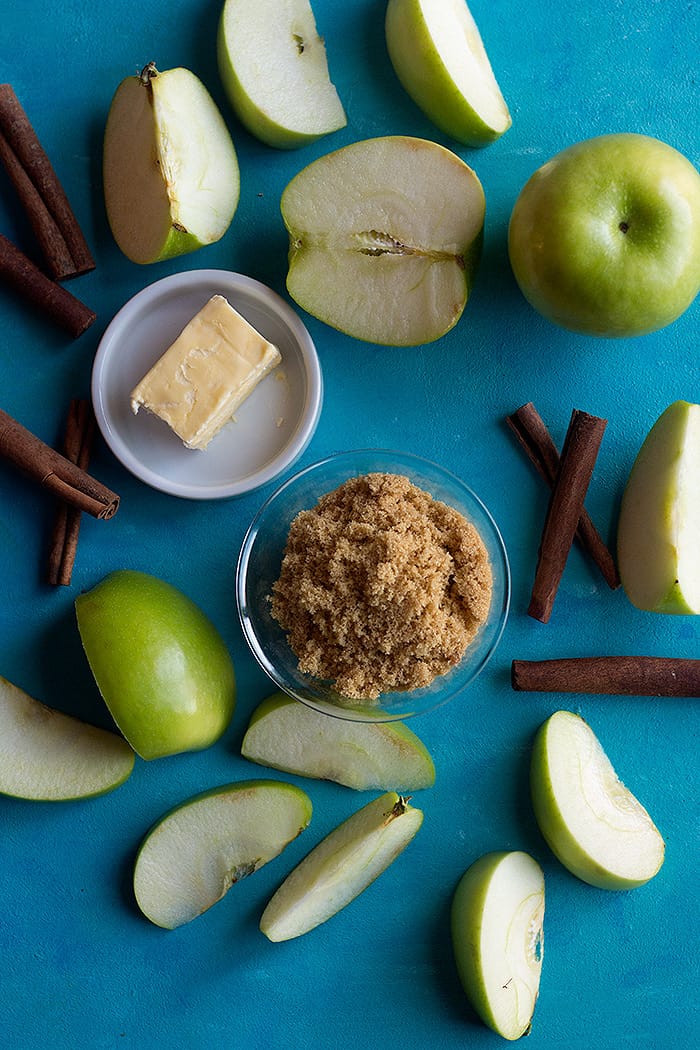 How to make apple pie monkey bread from scratch

Making monkey bread from scratch is a very simple process. You need to make a basic dough first. To make the monkey bread dough, it's best to have a stand mixer but if you don't have a stand mixer, you can still make a decent dough with just a bowl and a wooden spoon. Start with mixing flour, sugar, salt, and instant dry yeast in a large bowl. Melt butter in the water and milk mixture over medium heat then mix in the egg. Once it's fully combined, add the wet ingredients to the dry ingredients and mix until fully combined. Then knead the dough for 6-7 minutes and form it into a ball, cover, and let it sit for 10 minutes. 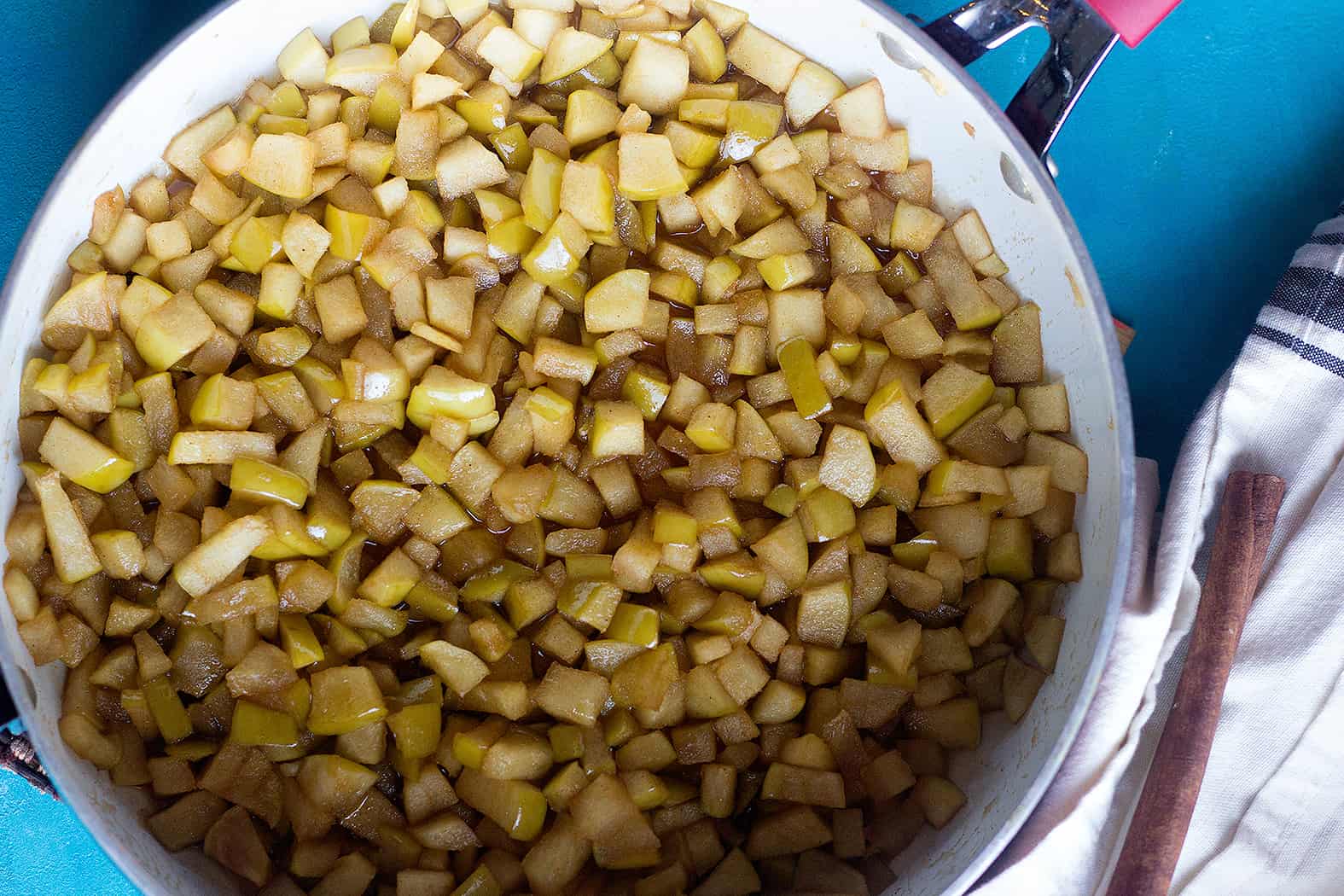 After ten minutes rest, divide the dough into 40 pieces, roll each piece in melted butter and cinnamon sugar and place in a bundt pan. 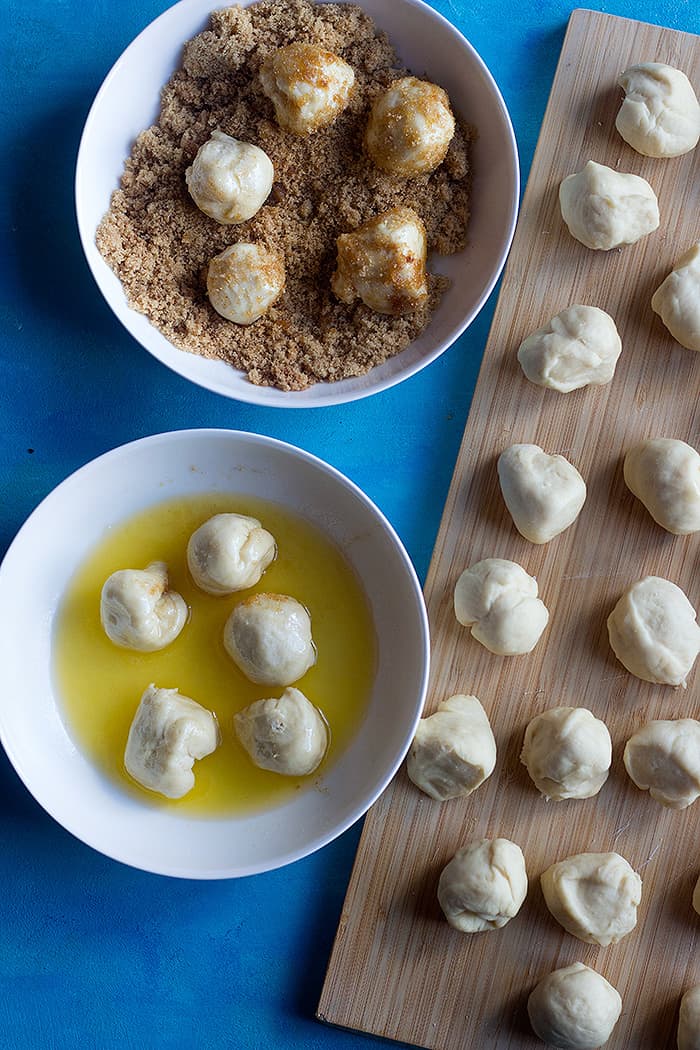 I have active dry yeast, can I use it instead of instant yeast?

Of course! All you need to do is to proof it in water. The recipe asks for ½ cup water to be mixed with milk. If using active dry yeast, don't mix the water with milk and instead use this warm water and a pinch of sugar to proof yeast and then add it to the dry ingredients with milk and egg.

I don't want to make the dough from scratch. What can I use instead?

Can I use canned apple pie filling instead of homemade?

Sure you can. Use half a can for the first layer and another half for the second layer of filling.

I've made too much cinnamon sugar, what can I do with the remaining?

Easy! Store cinnamon sugar in a jar and use it on French toast, oatmeal, in cakes, cookies, and many more recipes! 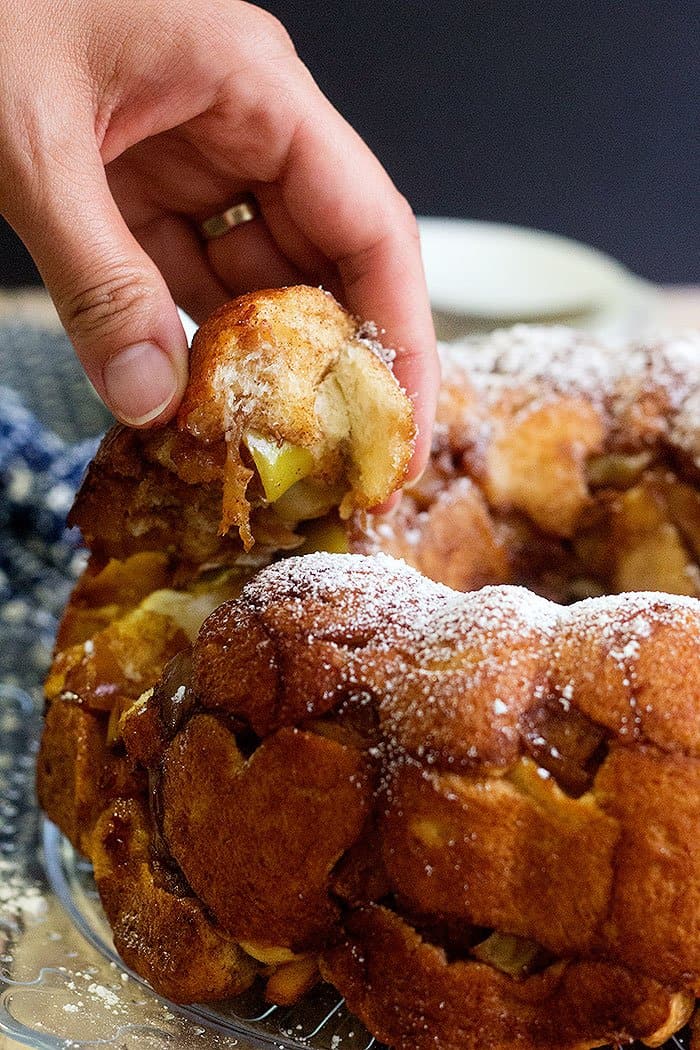 What I love about this apple monkey bread is that each bite of dough has a luscious caramel layer around it thanks to the addition of semi cooked apples, cinnamon and sugar.

Can you reheat monkey bread?

Yes! Simply place the apple monkey bread on a plate and microwave for about 40 seconds. You'll have warm and soft monkey bread. Make sure you only reheat as much as you would like to serve since they may harden after they're cool.

This is the kind of treat I would love to share with family and friends. It's great to have everyone around and share this monkey bread when the room is warm and we all have warm cups of coffee and tea in our hands. After all, it's the little things, right? 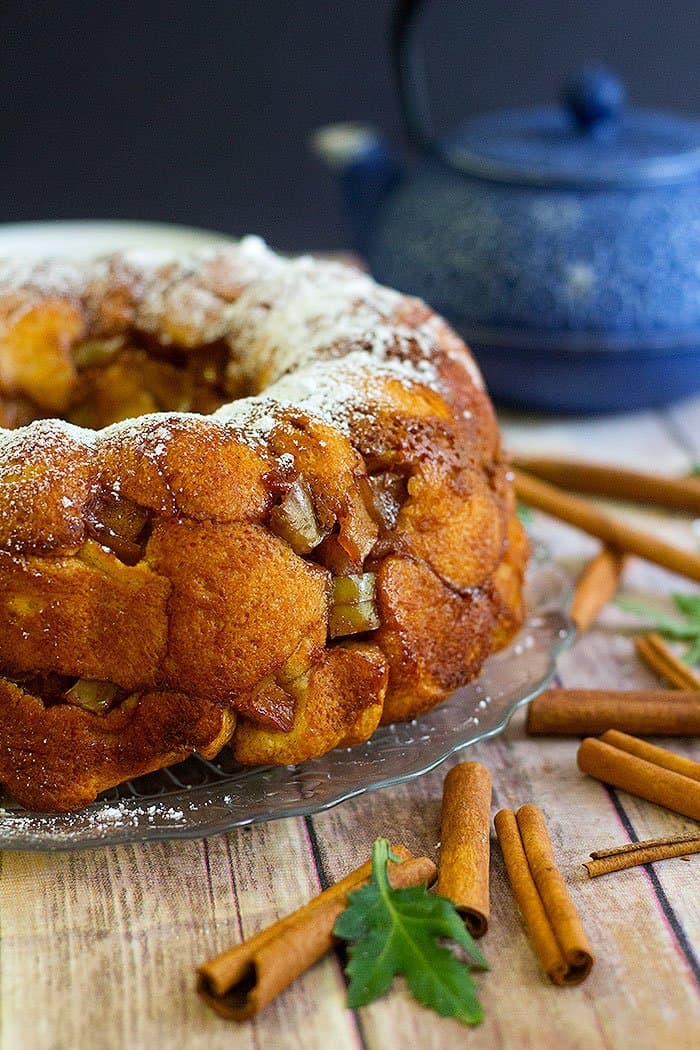 It's best to serve this apple cinnamon monkey bread immediately. Once it's fully baked, let it sit for 5 minutes and then transfer it into a large serving plate and serve right away as this tastes best if eaten warm and fresh. We always love to have it for breakfast! 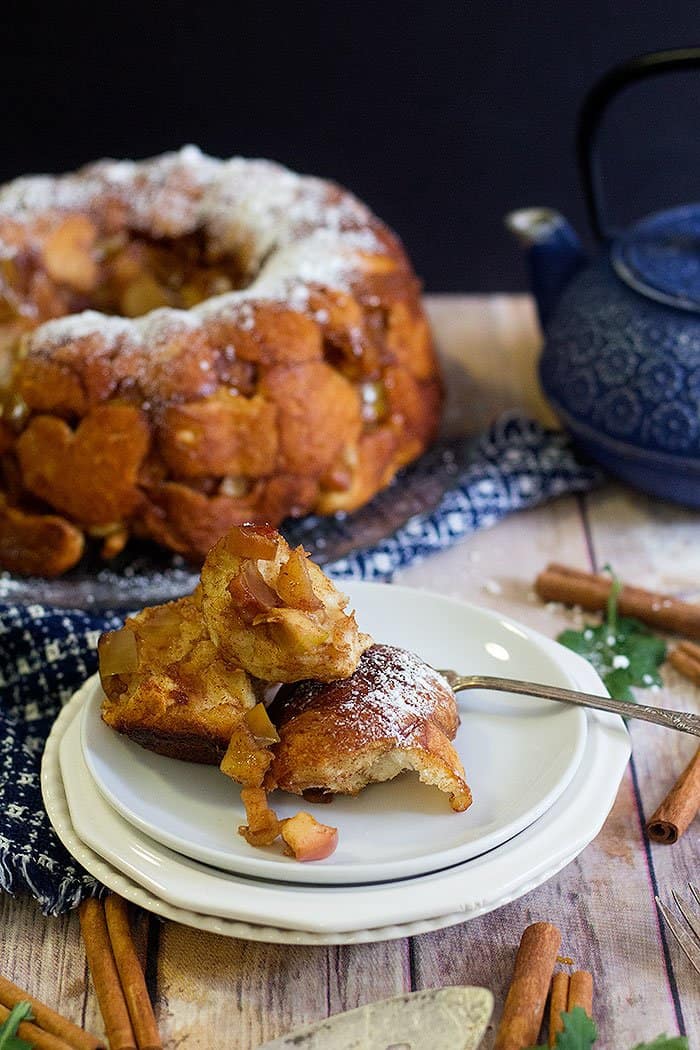 Calories: 357kcal
Did you make this recipe? Let us know how it was by leaving a comment and a 5-star review!
« Grilled Salmon Shish Kabobs (Salmon Kabobs) [Video]
Turkish Simit Recipe (Step-by-Step tutorial) »
2424 shares