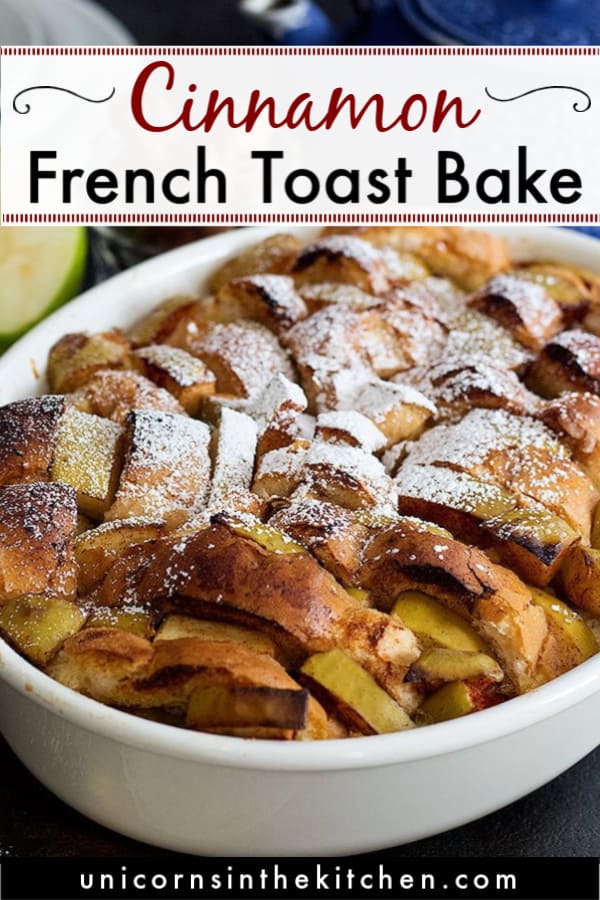 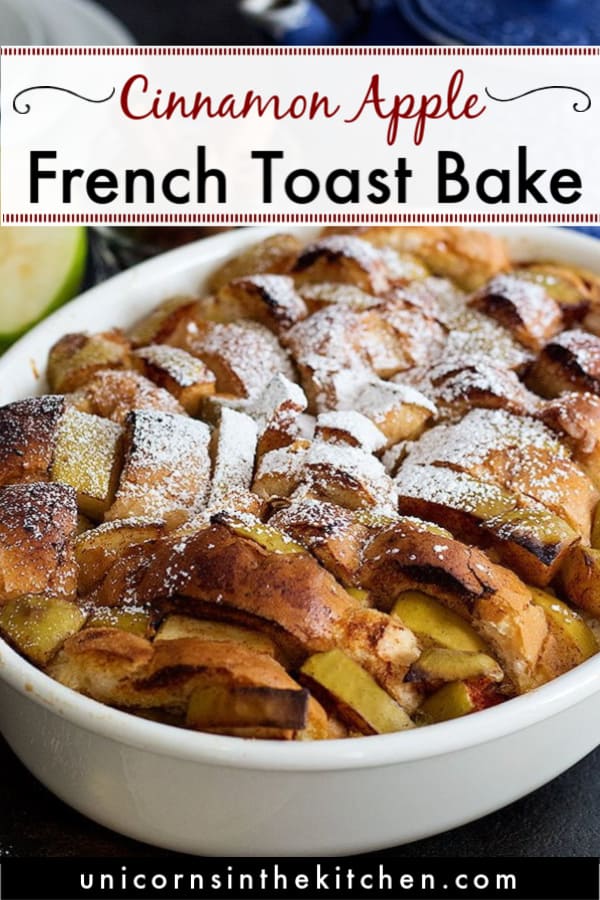 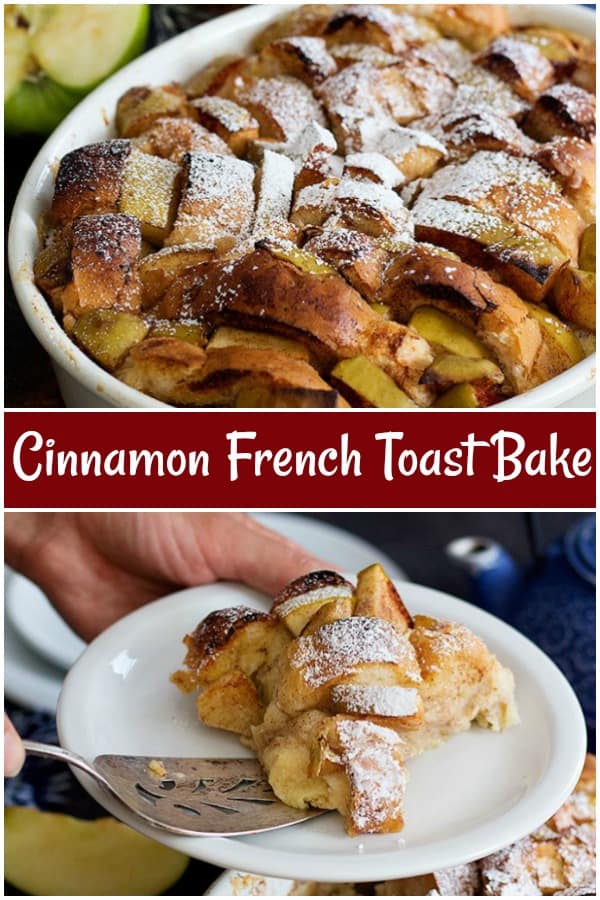 Apple lovers, where you at? This apple French toast bake is going to make your morning so much better. Just like apple cinnamon rolls and cinnamon apple monkey bread, this recipe is made from scratch and is super easy and simple. 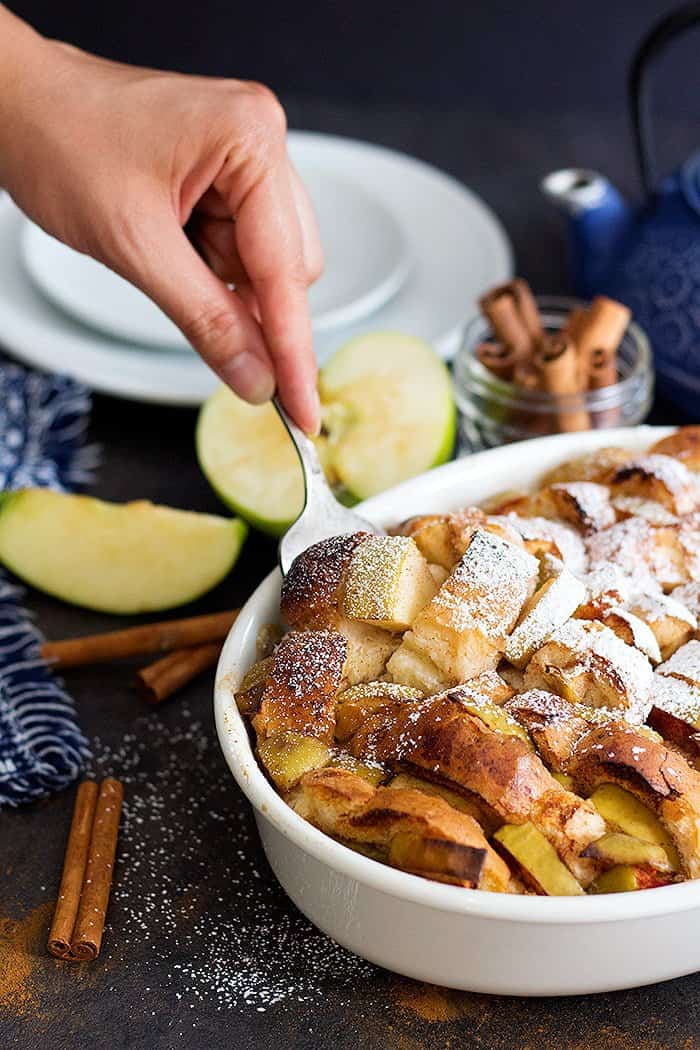 We all love French toast. That slice of bread that's perfectly brown and crispy on the outside yet creamy on the inside is nothing less than pure deliciousness. This French toast bake made with cinnamon and apple is a popular breakfast item at our home alongside apple pie crepes.

You can also call this ooey gooey flavorful breakfast many things: apple pie bread pudding, apple cinnamon breakfast casserole or apple pie French toast. but whatever you call it, it's going to taste amazing. So, trust me when I say if you're going to make this, it's better to make it for the weekend, with a light blanket and a good book at hand, because that's how weekend mornings should be spent.

This is a delicious breakfast recipe works for a few reasons: 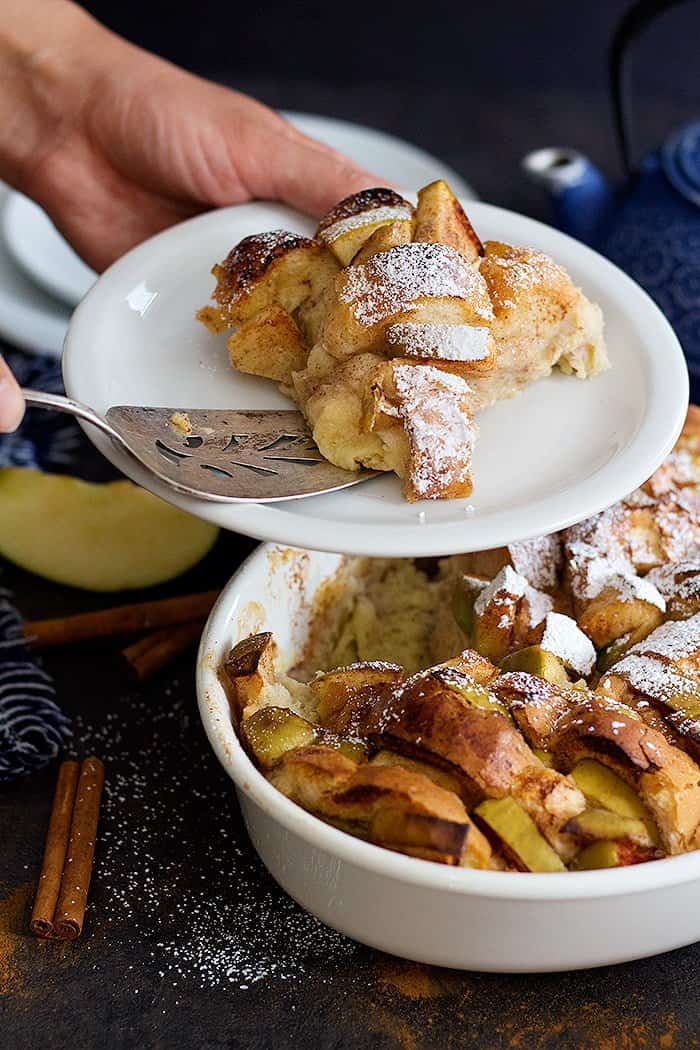 Here is the list of ingredients you need to make this delicious breakfast:

Start by slicing the bread and placing them standing next to each other in an oven safe baking dish. In a bowl, mix eggs, sugar, cinnamon, vanilla and milk using a whisk until all the ingredients are well incorporated.

Pour this egg and milk mixture over the bread slices. In anther bowl, mix apple slices, sugar and cinnamon. Place the apple slices between bread slices. Cover the dish with a plastic wrap and refrigerate for 8 hours or overnight.

When you're ready to bake, preheat the oven to 350°F and take the French toast bake out of the fridge, uncover and let it come to room temperature. Once the oven is hot, place the dish on a baking sheet and bake in the oven for 40 minutes. 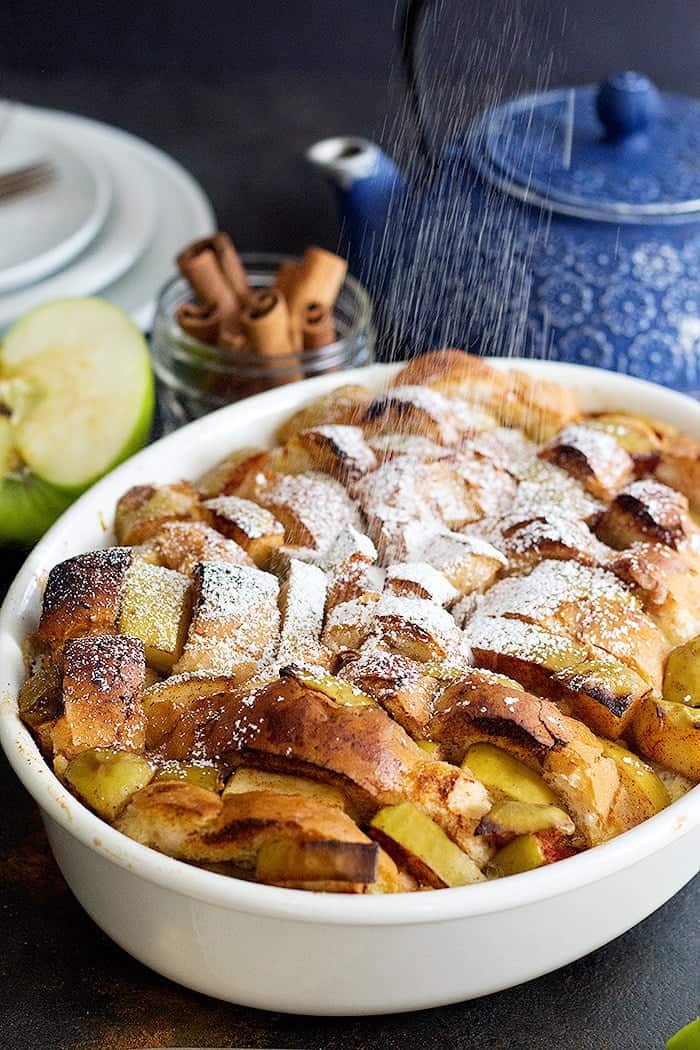 You can top this French toast bake with different topping, here are some of my favorites:

Can I freeze French toast casserole?

Yes. It's best to freeze French toast casserole after baking. Once it's cool and at room temperature, tightly cover it with plastic wrap and freeze it. To serve, let it thaw in the fridge over night and heat it in the oven at 350°F for about 25 minutes. 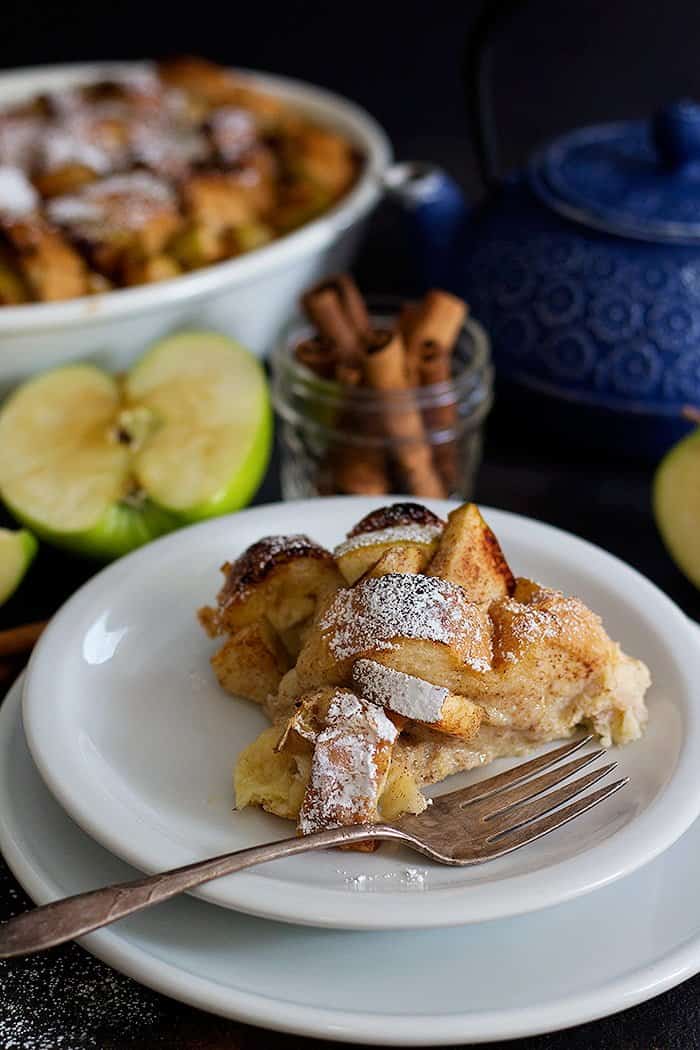 Notes and tips to make this apple pie French toast: 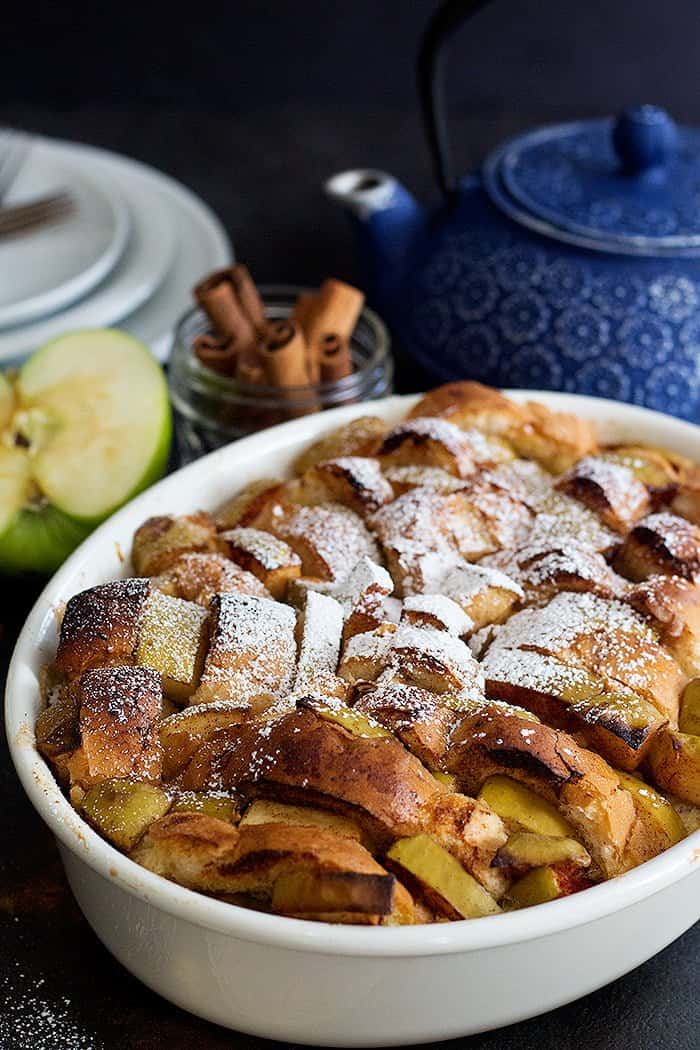 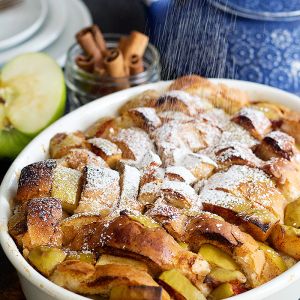