Sour cherry galette is one of my favorite summer treats! Galettes are free form tarts that can be filled with any fruits that are in season! 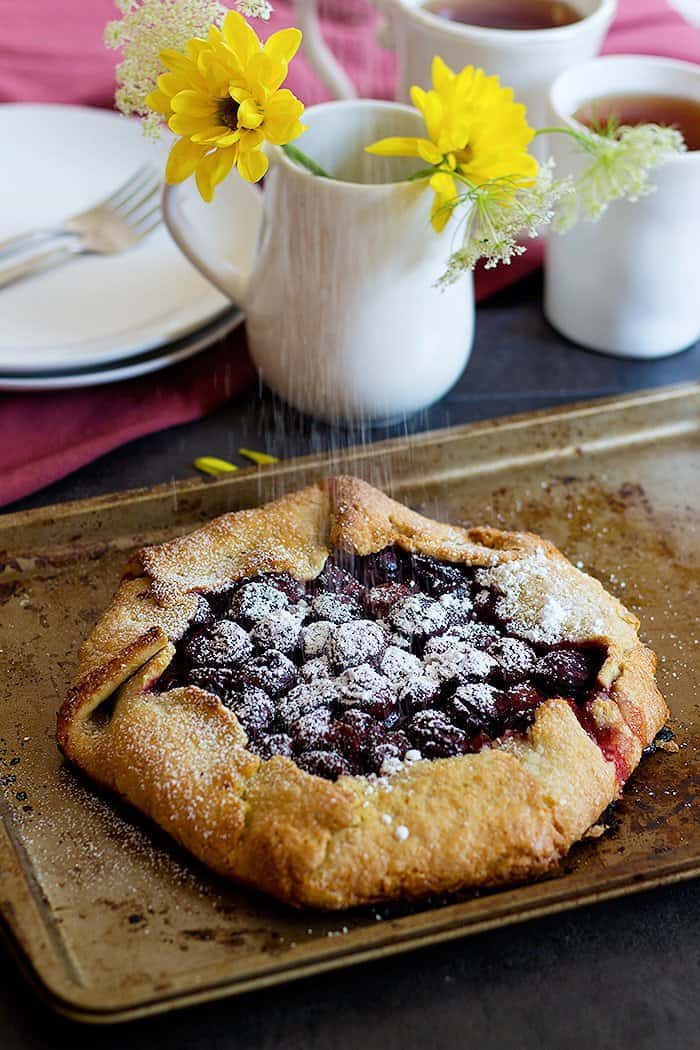 Lets enjoy these last weeks of summer together! If there is one thing I love about summer, it's all the fruit!

Back in Iran, the fruit were very seasonal. Each season had its own fruit that would be in shops with the start of the season and would slowly be replaced with the fruit of the next season. I would always get so excited for summer because summer meant tons and tons of sour cherries in my tummy! And when I came to Turkey, the tradition carried on.

But then I came to the US. And there were no sour cherries laying around in every store for me to pick and devour. No sour cherries for Shadi. It was sad, and my summer didn't taste like summer at all. No amount of sweet cherries and juicy gorgeous peaches or nectarines could fill the empty space of sour cherries in my heart. 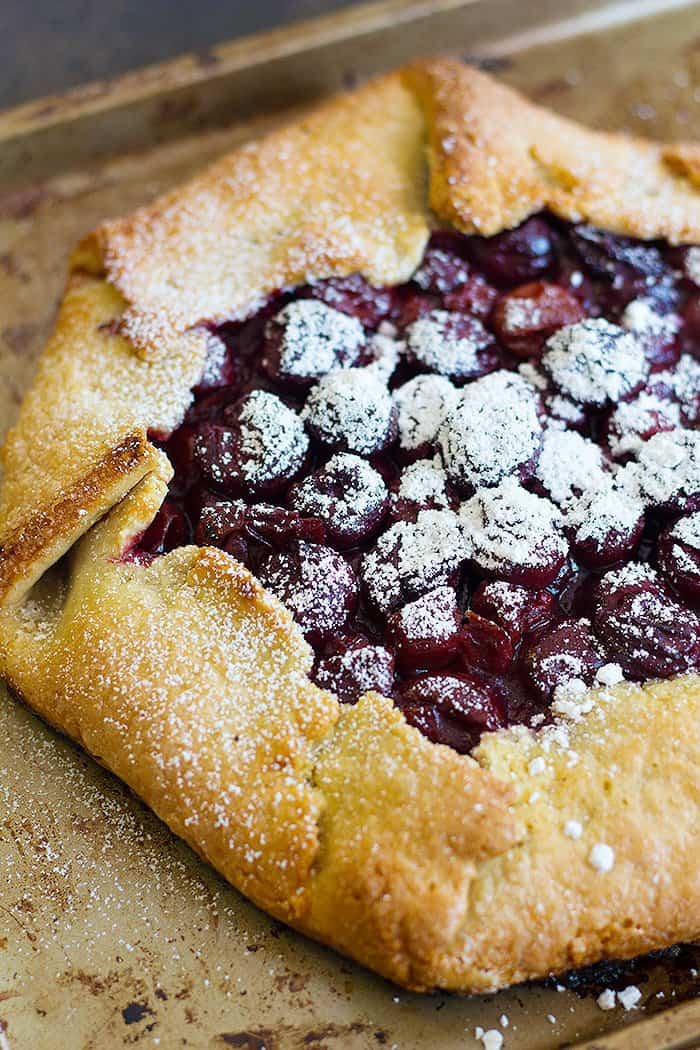 Then we visited upstate New York three weeks ago. And guess what? We visited a farmers market, and I saw these two guys selling something that looked so much like my good old beloved sour cherries, people would pass by, take a sour cherry, put it in their mouth and then their eyes would close, their mouths would tighten and they'd be like "Oh these are sour, I'll just take some of the other cherries."

And then there was me, running to their booth, yelling "OMG OMG sour cherries, gimme all!" I tried a couple, and all my memories from summers in Iran filled my heart and I looked at Kyle "Can we get like, their whole truck and drive back to Boston?" Obviously, we couldn't take their whole truck but we managed to get almost 15 pounds of delicious ripe sour cherries. I ate almost 4 pounds of them before we arrived in Boston. And I'm not ashamed of it. 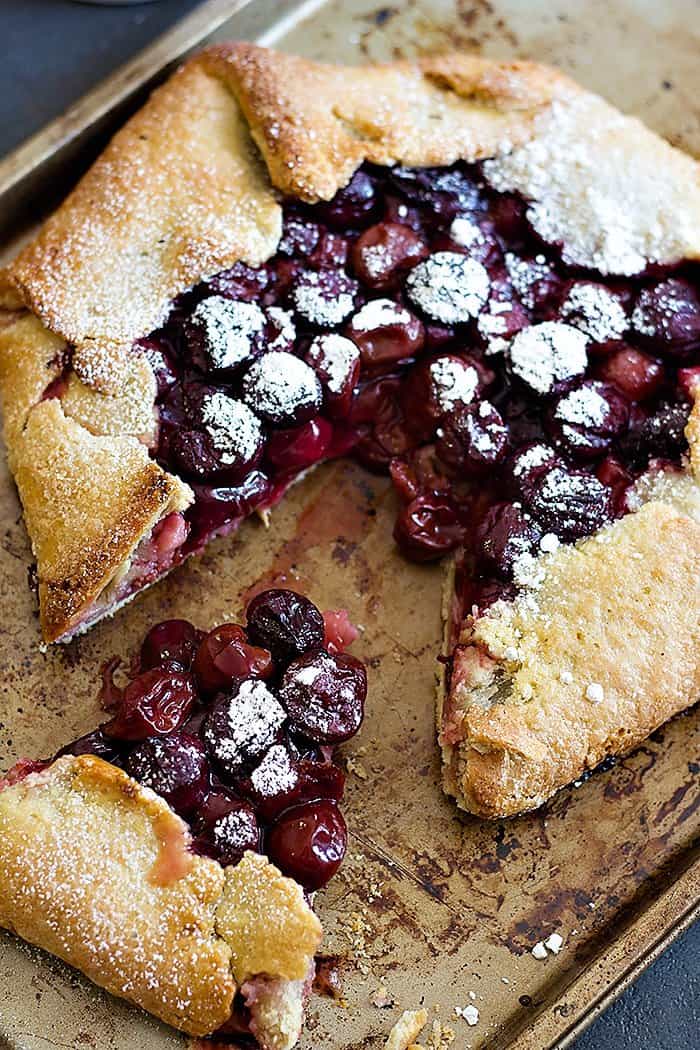 After arriving to Boston, I made a full plan for my precious sour cherries. I pitted them all, and then bagged them and put them in the freezer. Now I'm going to have enough sour cherries to cure my summer cravings, including this sour cherry galette!

When I talked to the guys who were selling sour cherries, they said they're not very common, but can be found in different states. So if you can find them, make sure to make this sour cherry galette because it's just so delicious. The combination of sweet and sour all bundled in a flaky crust is something you don't want to miss! 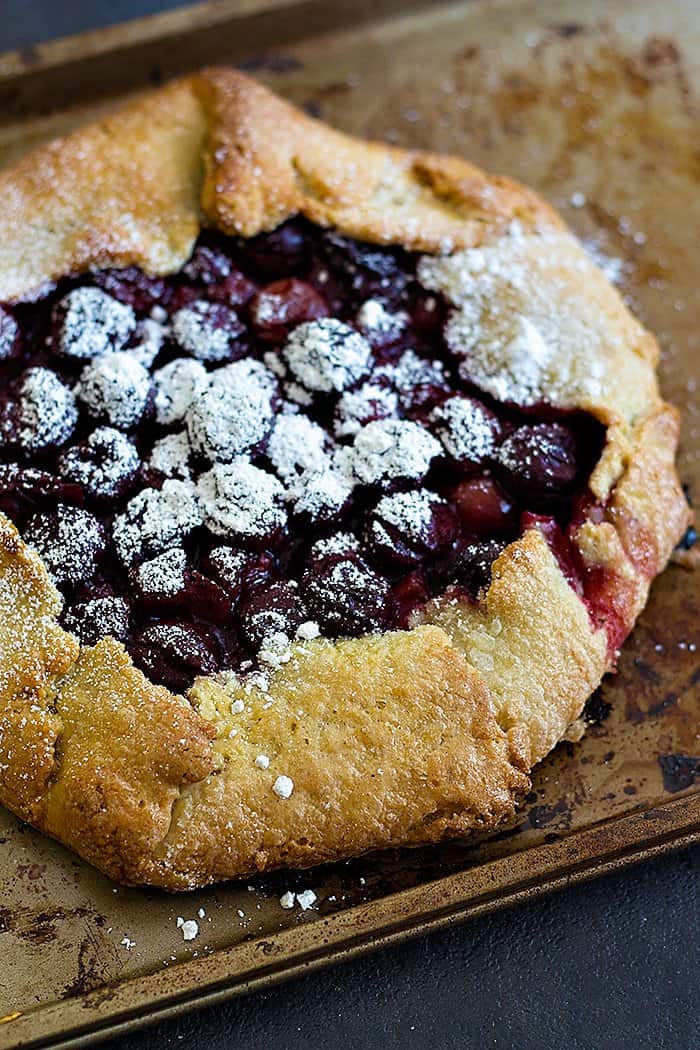 I love to top sour cherry galette with some powdered sugar because the cherries absorb them so well and it compliments the sourness so well! The sour cherries will be cooked and juicy and they will burst in your mouth with every bite! Don't be intimated with the word "sour". These are not bad at all, if they were, I would never introduce you to them, right? 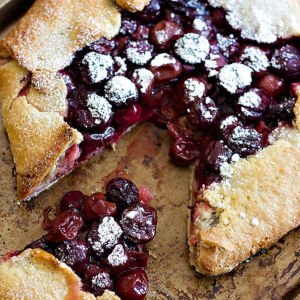 Calories: 180kcal
Did you make this recipe? Let us know how it was by leaving a comment and a 5-star review!
« Yeralma Yumurta - Potatoes and Eggs
Almond Coconut Breakfast Smoothie »
1162 shares