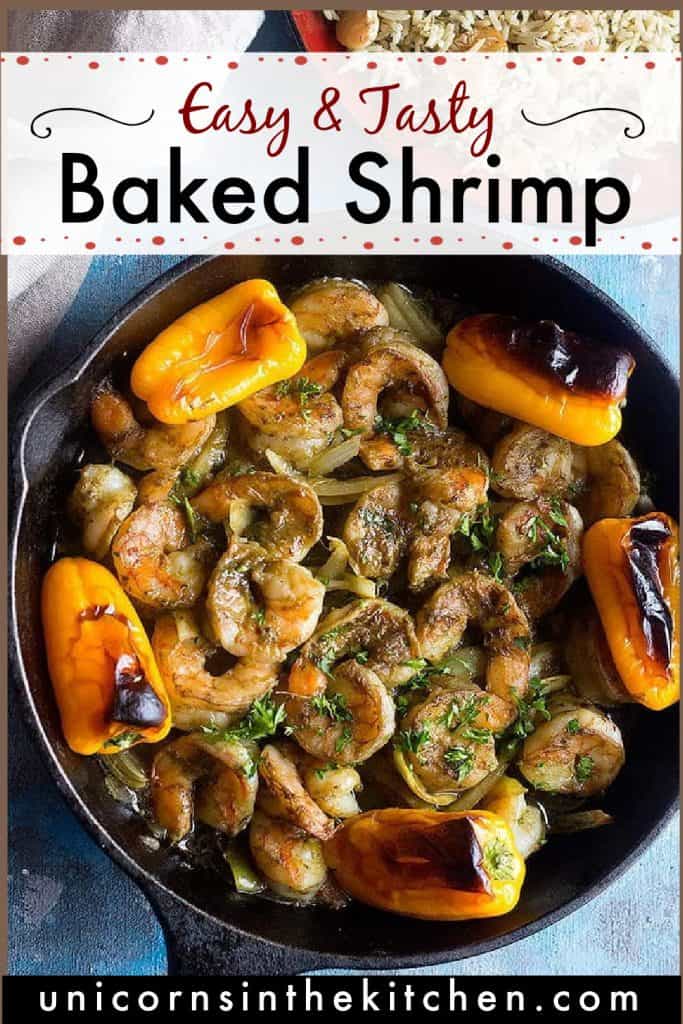 Baked shrimp flavored with chermoula sauce is so delicious and easy to make. You can serve it with white or brown rice.

We make so many recipes using shrimp. From delicious garlic lemon shrimp to creamy shrimp pasta salad and lemon ginger shrimp orzo. I love how shrimp is so easy to flavor and can be served with so many different sides. Today's recipe is a Moroccan inspired baked shrimp flavored with chermoula sauce. It's easy and so delicious!

This post is sponsored by Wild Garden. All opinions are mine.

This baked shrimp recipe uses Moroccan Chermoula marinade  which is a flavor-infused North African herb sauce/marinade made with coriander, cilantro, red chili, and garlic with a hint of lemon. It's an easy recipe that requires minimal work resulting in maximum flavor.

This is an easy recipe that comes together in no time and makes a perfect dinner for kids and adults. The subtle spicy flavor and all the herbs in chermoula sauce makes this dish unique and delicious.

Baking shrimp is my favorite way to cook shrimp because it's so simple and easy to do. The shrimp won't overcook so it won't be rubbery at all. It absorbs all the flavors and seasoning and will taste amazing.

To make baked shrimp with chermoula sauce you need the following ingredients:

How long to bake shrimp in the oven

Shrimp cooks pretty quickly, so at 450F it will bake in less than ten minutes. I like the onions and peppers to have a little bite to them but if you like them fully cooked, it's best to first bake the onion and peppers in the skillet for 10 minutes at 450F and then add the shrimp and bake for about 7-8 minutes.

This baked shrimp dish comes with delicious onions and peppers and I think it pairs perfectly with Dill and Fava Bean Rice Pilaf, white rice or brown rice. This is actually a traditional Persian dish called Shivid Polo (Persian dill rice) and it's the best side dish for seafood because of its authentic and earthy flavors. The fava beans are a great addition to this simple yet tasty rice dish.

This easy recipe with dill and fava bean rice is so quick and easy, yet it's packed with flavor thanks to chermoula marinade. You won't believe how something this tasty and delicious comes together in less than 45 minutes!

Can I bake frozen shrimp?

You always need to have fully thawed shrimp because it absorbs the marinade and cooks better. Frozen shrimp may not cook evenly or it might stay raw in the middle, so always cook with thawed shrimp.

How to thaw frozen shrimp 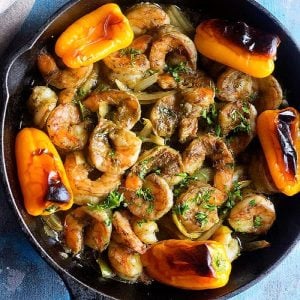