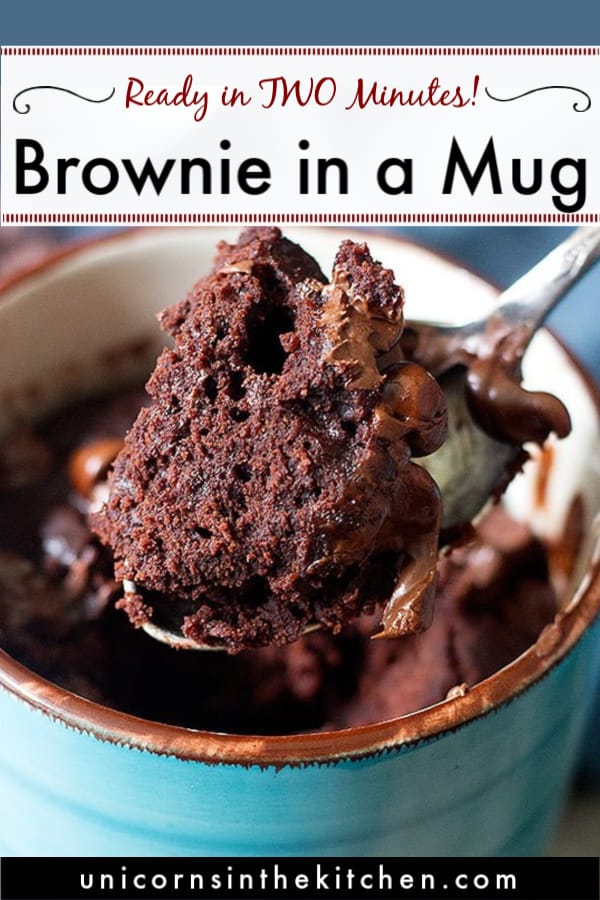 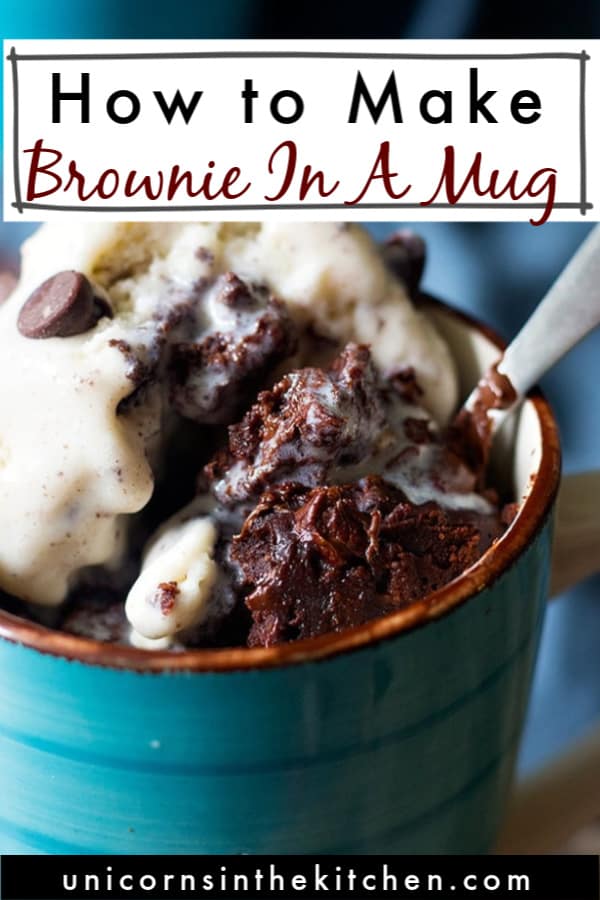 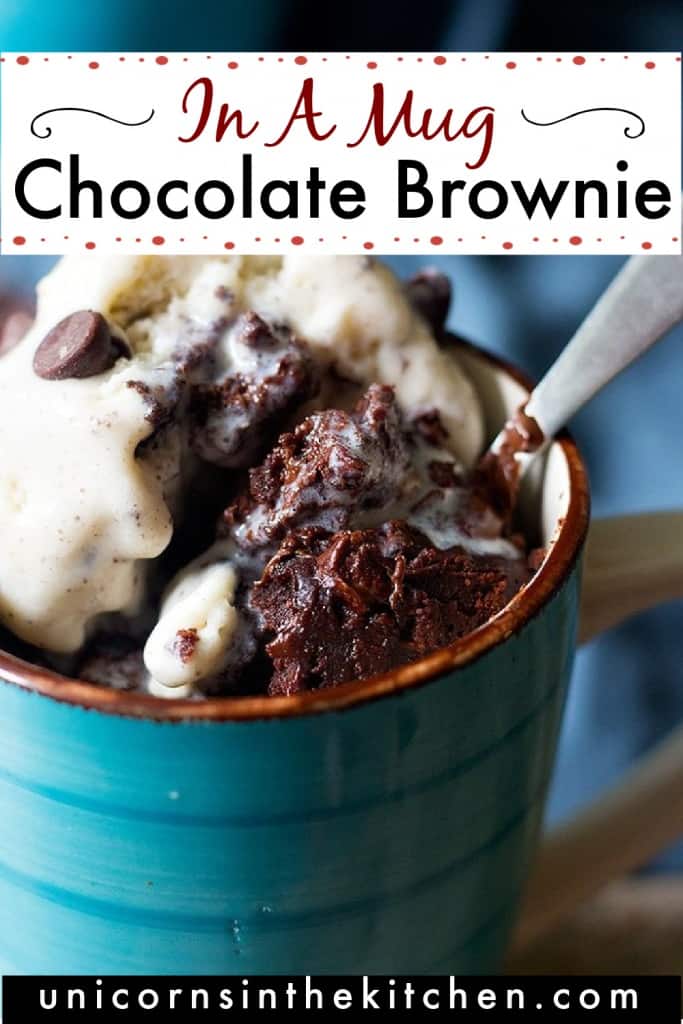 This chocolate brownie in a mug is perfect for one person. It takes about five minutes from start to finish; it's fudgy, chocolaty and perfect with a scoop of ice cream!

Without a doubt, brownie recipes are one of my top favorites but, there are times that it's only me, and as much as I love to make a peanut butter brownies or some s'mores brownies, it's not safe to leave me and a pan of brownies alone, especially if they're quick and easy brownies. That's why we are making this mug brownie recipe today!

Why this recipe works

I've got to tell you, this is the perfect late night snack, I may or may not have made this a few times in the past few weeks.

We love this single serving brownie recipe for a few reasons:

The thing with brownies, especially mug brownies made in a microwave is that they sometimes either turn out too cake-y, or rubbery. After several trials and errors, finally I've mastered a super quick, super easy brownie recipe for one, because everyone deserves their very own brownie!

I love how the chocolate chips melt a little bit when the brownie is ready, they're so good! And as you have noticed, no egg is used in this recipe so if you're looking for an eggless brownie recipe, this could be your new favorite!

Pro tip: Make sure not to overmix the brownie batter or overcook it in the microwave as both may result in tough and rubbery brownie.

Make your fudgy brownie even more delicious by adding some fun ingredients to it:

Can I make two mug brownies at once?

Yes you can make brownies in two mugs in the microwave. Double the recipe and make it in two mugs. The cooking time will remain the same as for one chocolate brownie recipe.

How to make single serve brownie in the oven

If you would like to use your oven for this brownie in a mug recipe, I suggest you double the recipe to have two brownies. Preheat the oven to 350°F and coat two ramekins with non stick spray. Grab a bowl to make the brownie batter. Make the batter by mixing melted butter with granulated sugar, cocoa powder, flour and water.

Divide the brownie batter between the ramekins and bake in the oven for about 15 minutes until the top is almost set. Serve with a scoop of vanilla ice cream. 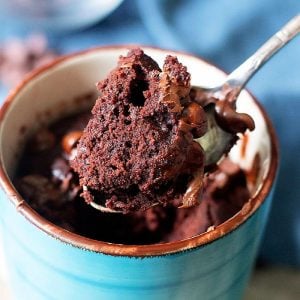 Chocolate Brownie Recipe for One (Brownie In a Mug)

Shadi HasanzadeNemati
This chocolate brownie recipe is made in a mug and therefore perfect for one! It takes about five minutes from start to finish, it's fudgy, chocolaty and perfect with a scoop of ice cream!
4.17 from 62 votes
Print Recipe Pin Recipe
Prep Time 2 mins
Cook Time 1 min
Total Time 3 mins
Course Dessert
Cuisine American
Servings 1 serving
Calories 474 kcal