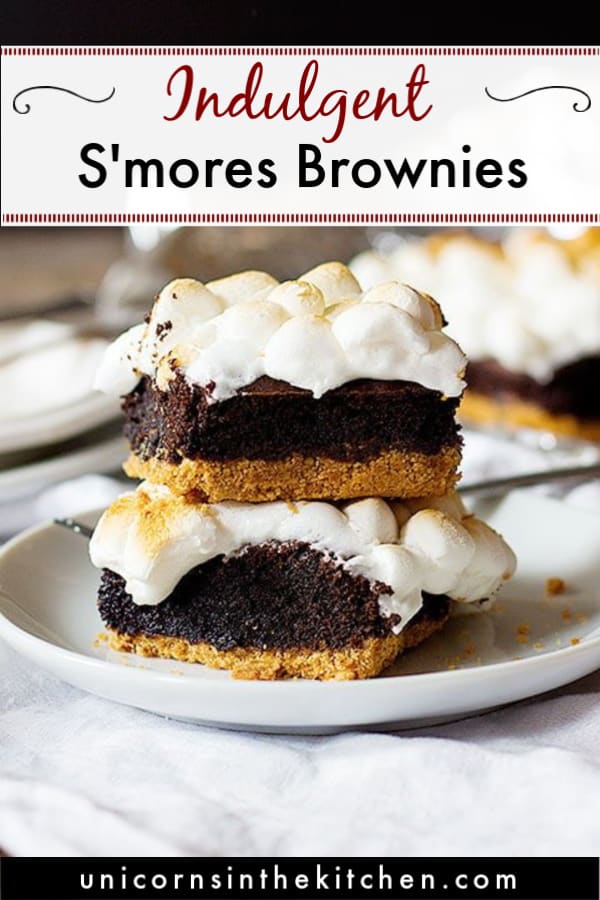 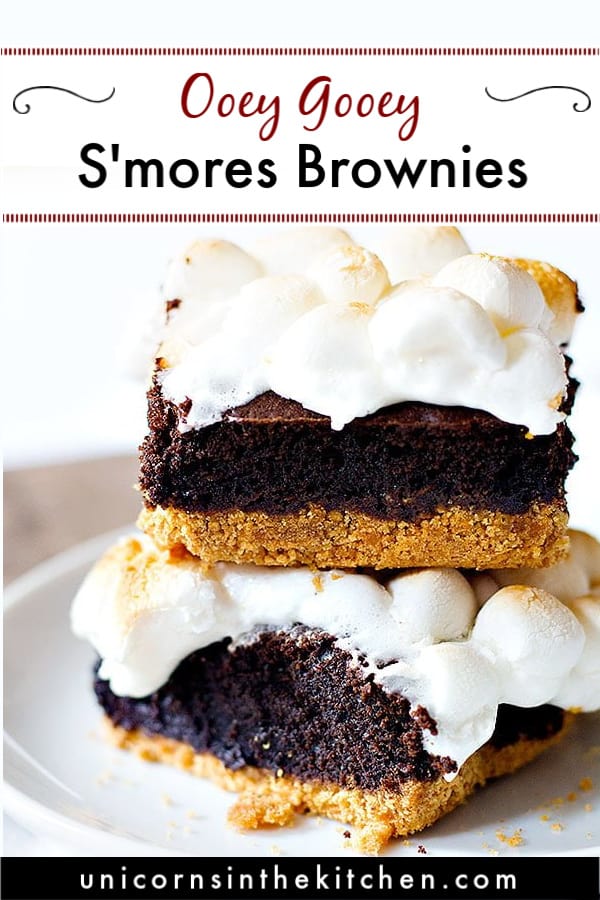 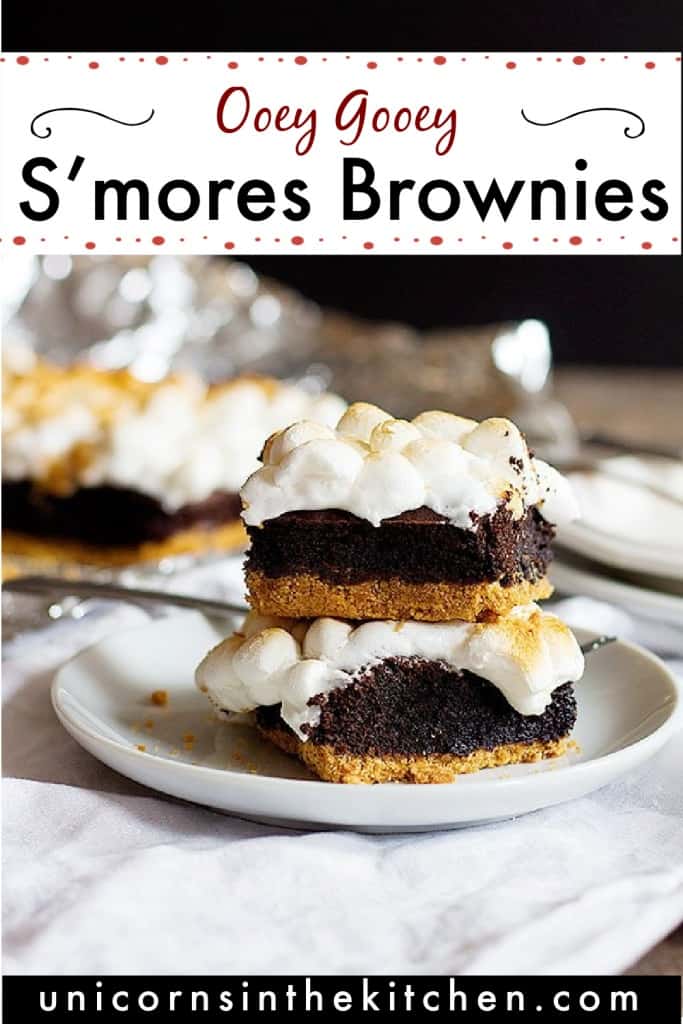 Two favorite desserts in one! Ooey Gooey S'mores Brownies are going to be your new favorite. Delicious graham cracker crust topped with brownie batter and finished with marshmallows. What's not to like?

We have so many delicious chocolate recipes here which are all tried and true recipes made from scratch. From chocolate cakes such as molten chocolate cake and chocolate magic cake to brownies like quick and easy brownies to delicious treats like no bake chocolate cream pie, chocolate is always a favorite ingredient around here!

Brownie lovers rejoice, I have the best s'mores brownies recipe for you!

These s'mores brownies are one of those recipes you would want to keep at hand because they're so good and you'll never know when you're going to crave s'mores and brownies in one bite!

What makes these s'mores brownies so good?

These s'mores brownies are so hard to resist as they're fudgy in the middle, puffy and airy on top thanks to the marshmallows and have a delicious graham cracker base that makes all of this a delicious treat with amazing s'mores flavor!

These marshmallow brownies are an awesome twist on your good old basic brownies. They are also so easy to make and don't require many ingredients. 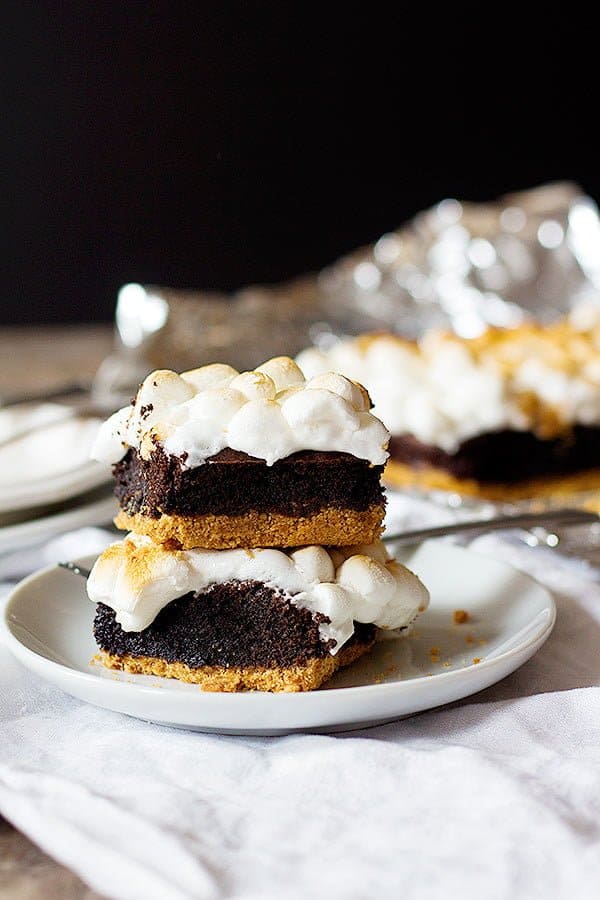 Let's take a moment and look at these gorgeous, ooey gooey s'mores brownies that are calling our names. With that thick brownie layer and those bubbly marshmallows, one would eat the entire pan in one sitting if one could. (I almost could!)

Let's take a look at this s'mores brownie recipe

This s'mores brownies recipe has 3 layers:

How to make s'mores brownies

Start with the graham crackers crust, mix powdered graham crackers and butter in a bowl and then press at the bottom of the baking dish using a measuring cup or a spoon. Stick the crust into the freezer.

To make the brownie layer, use any brownie recipe you like. Once the brownie batter is ready, take the graham crackers crust out of the freezer and pour the brownie batter on the crust. Bake in the oven for 25-30 minutes until a toothpick inserted in the middle comes out with a little crumb. 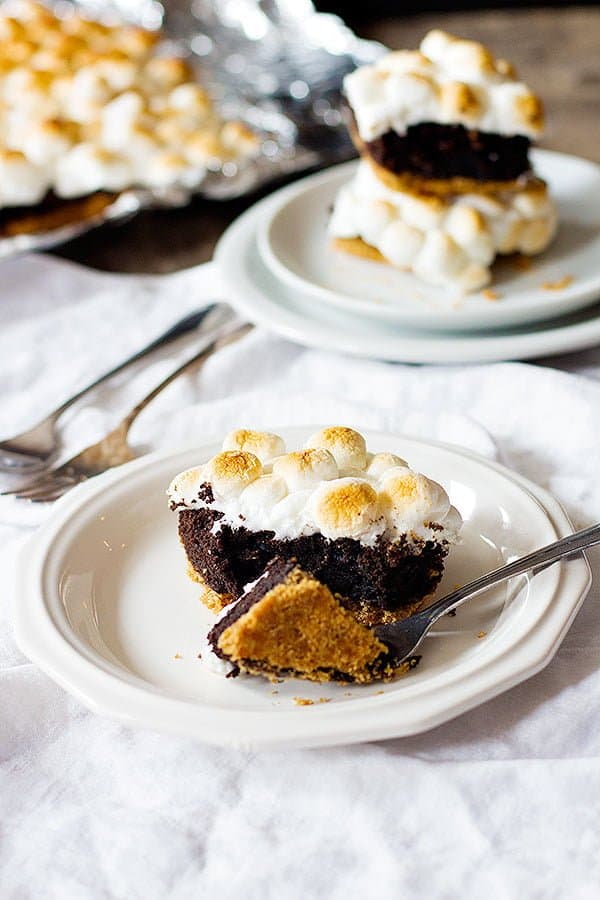 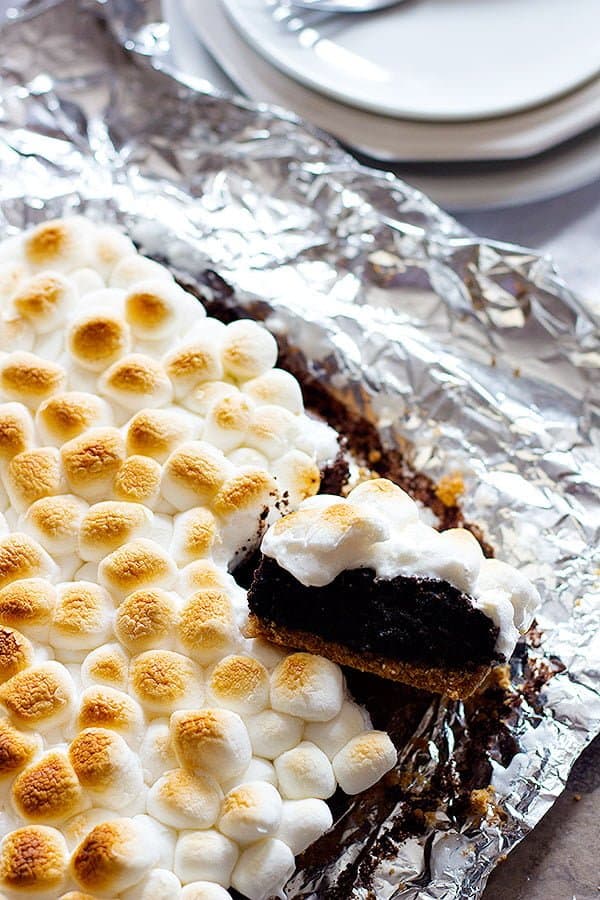 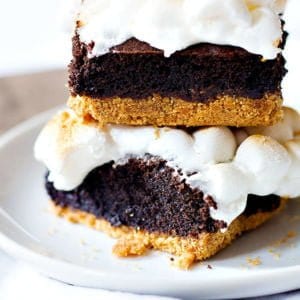 Calories: 370kcal
Did you make this recipe? Let us know how it was by leaving a comment and a 5-star review!

« Commentary: Are these foods really Israeli or is this just a sad political game?
Churro Waffles »
11841 shares