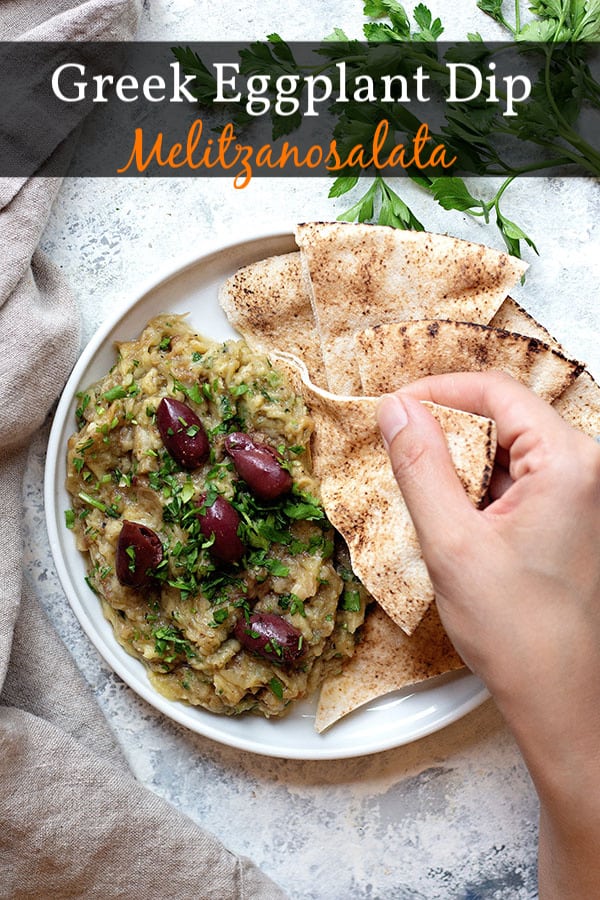 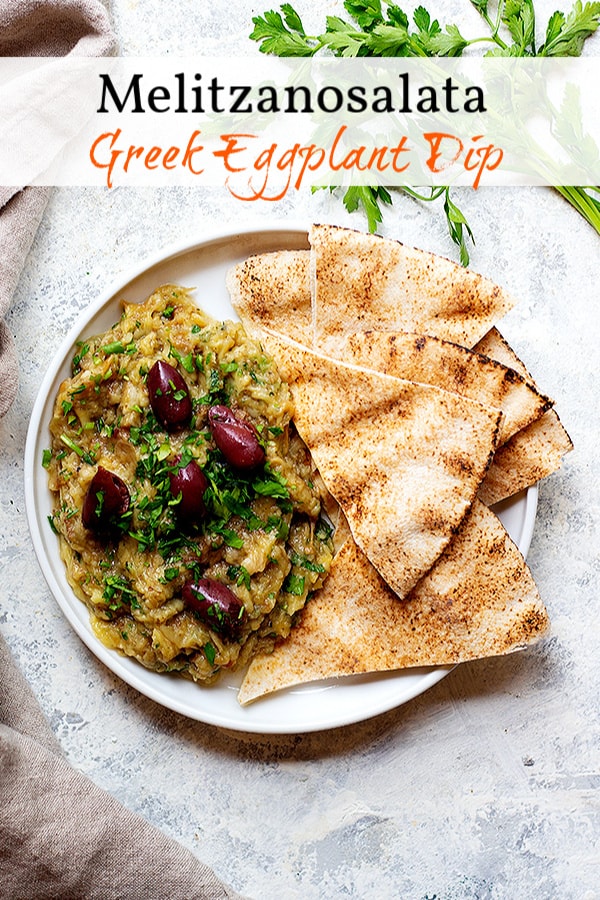 Melitzanosalata is a Greek eggplant dip that's made with eggplant, garlic and lemon juice. You can serve this eggplant appetizer as a part of a mezze platter with some pita.

If you are familiar with Mediterranean recipes, you know that dips are pretty common throughout the cuisines of the Middle East. Some of our favorite eggplant dips are baba ganoush and kashke bademjan, which are both simple, easy and great-tasting appetizers. Today's recipe is a Greek eggplant dip called melitzanosalata that's extremely delicious thanks to smoked eggplant and extra virgin olive oil. 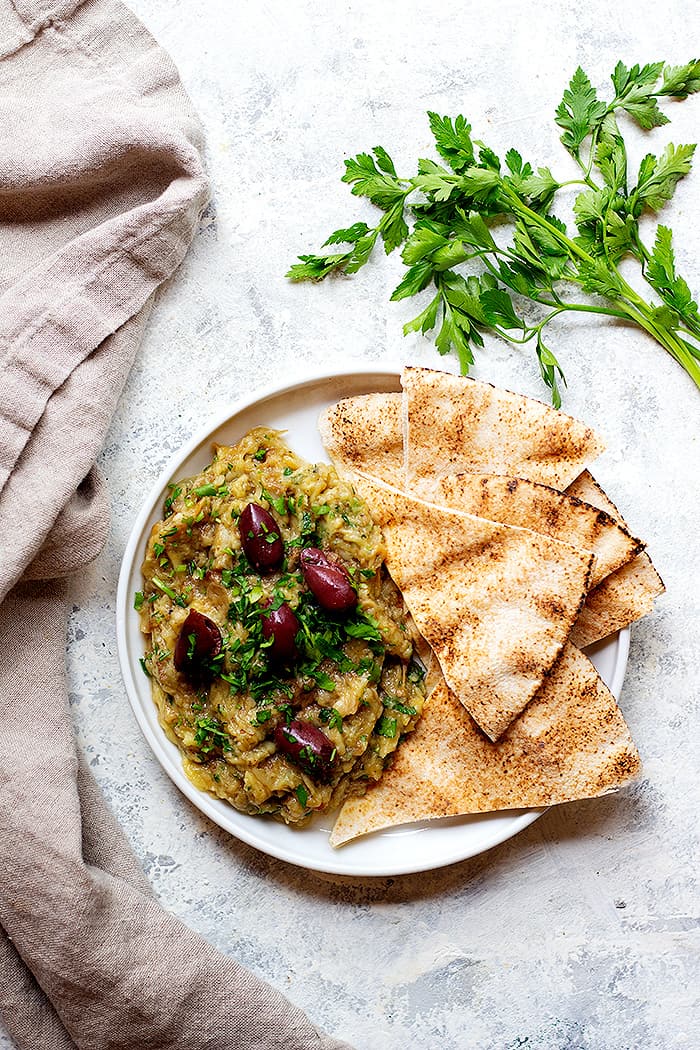 Melitzanosalata which roughly translates to "eggplant salad" is a classic Greek dish that's made with charred eggplants. It's perfect as a dip or spread on a Greek mezze platter. This vegan dip is so simple and easy to make and you can make it a couple of days in advance for your party or gathering. For those who are new to eating eggplant and trying eggplant recipes, this is one that you should definitely consider for an easy introduction to a versatile vegetable.

To make this roasted eggplant dip, you need the following ingredients: 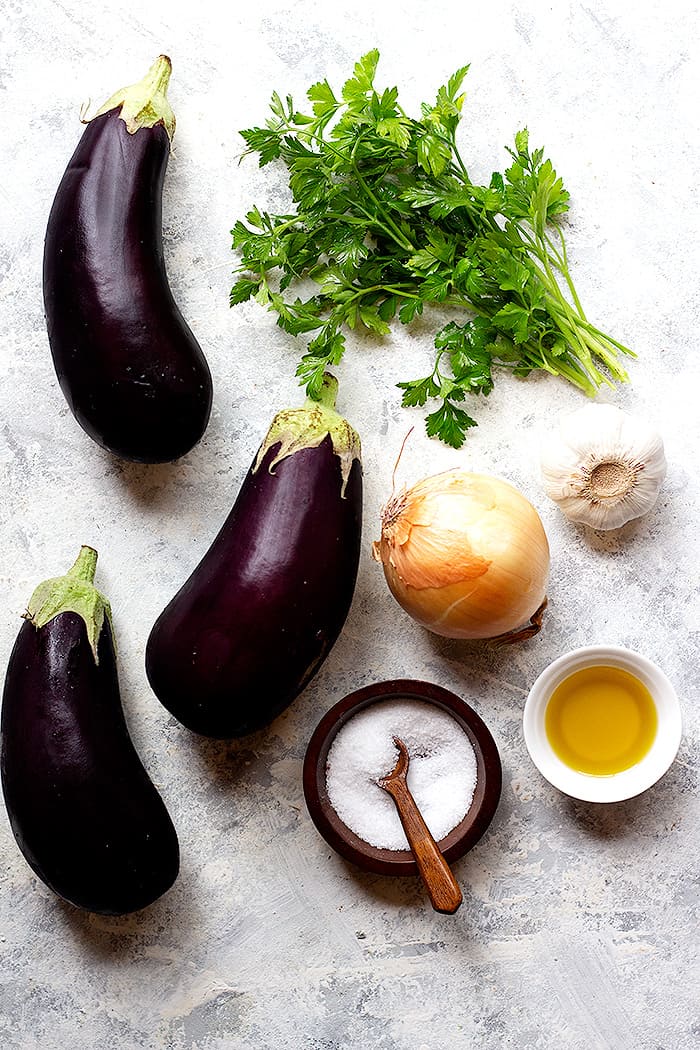 It's all about the eggplant

Choosing the right eggplant for each recipe can be a tricky thing. Sometimes the eggplant you buy turns out to be very seedy and bitter. When it comes to frying eggplant, it's a good idea to salt the eggplant and let it release its "bitter juice". However, for this melizanosalata recipe we cannot salt the eggplant because we are going to char the eggplant. Therefore it's important to get an eggplant that doesn't get bitter when cooked.

Here is how to know an eggplant is a good one:

Same rules go for any other eggplant recipe such as caponata and stuffed eggplant. Make sure you check the eggplants before picking them. To make this Greek eggplant salad I used Italian eggplants but you can also use small globe eggplants as well.

A little note: If you're new to cooking with eggplant, please read this article about how to store eggplant by the Kitchn.

How to make melitzanosalata 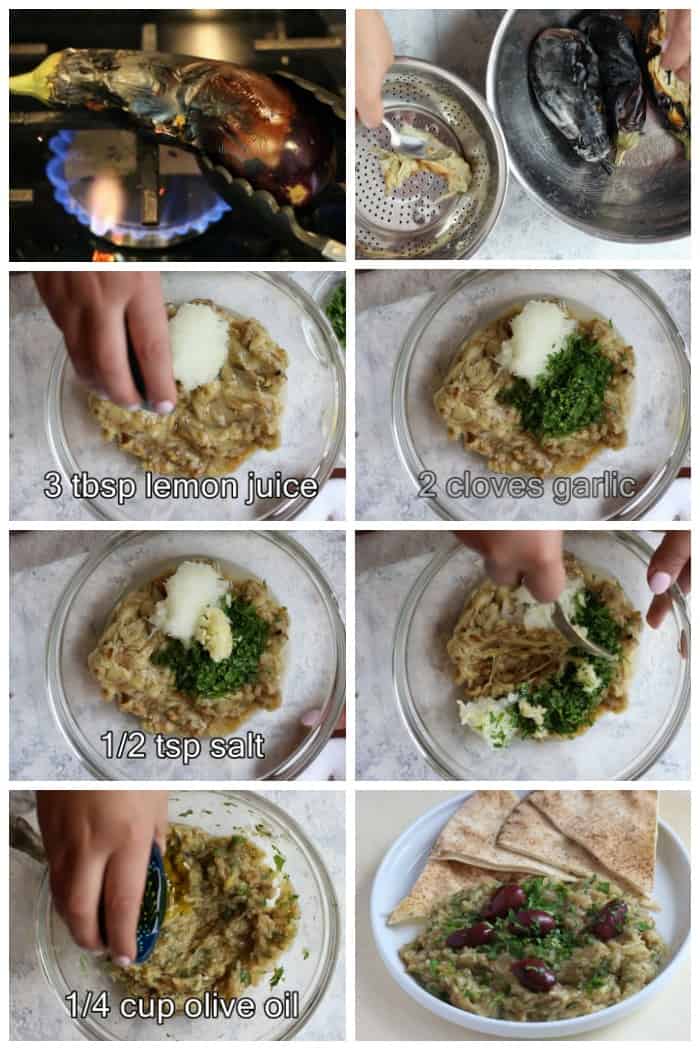 How to serve melitzanosalata

This Greek melitzanosalata can be served as an addition to a mezze platter alongside muhammara, hummus and skordalia (Greek potato and garlic dip) and maybe even some tzatziki. Serve this delicious eggplant dip with some fresh pita bread or homemade pita chips.

Can you freeze eggplant dip?

Raw eggplant doesn't freeze well because of its spongy flesh texture. However, fried or roasted eggplant freezes very well if stored properly. To freeze eggplant dip, prepare the dip and then transfer it to a freezer safe container or bags and freeze for up to three months.

To serve, thaw the dip overnight in the fridge and transfer it to a bowl. Stir well and serve it cold with some fresh warm pita. 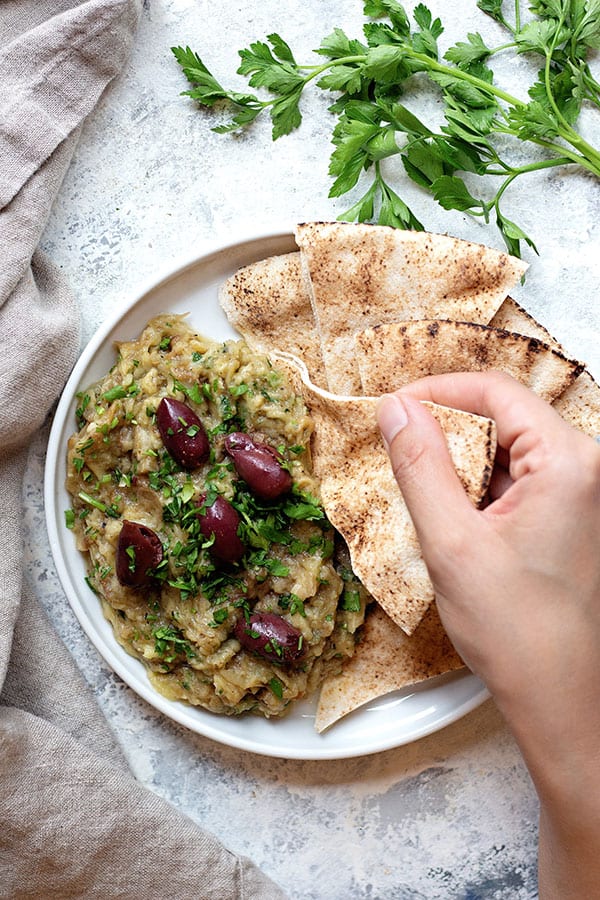 Notes and tips to make melitzanosalata 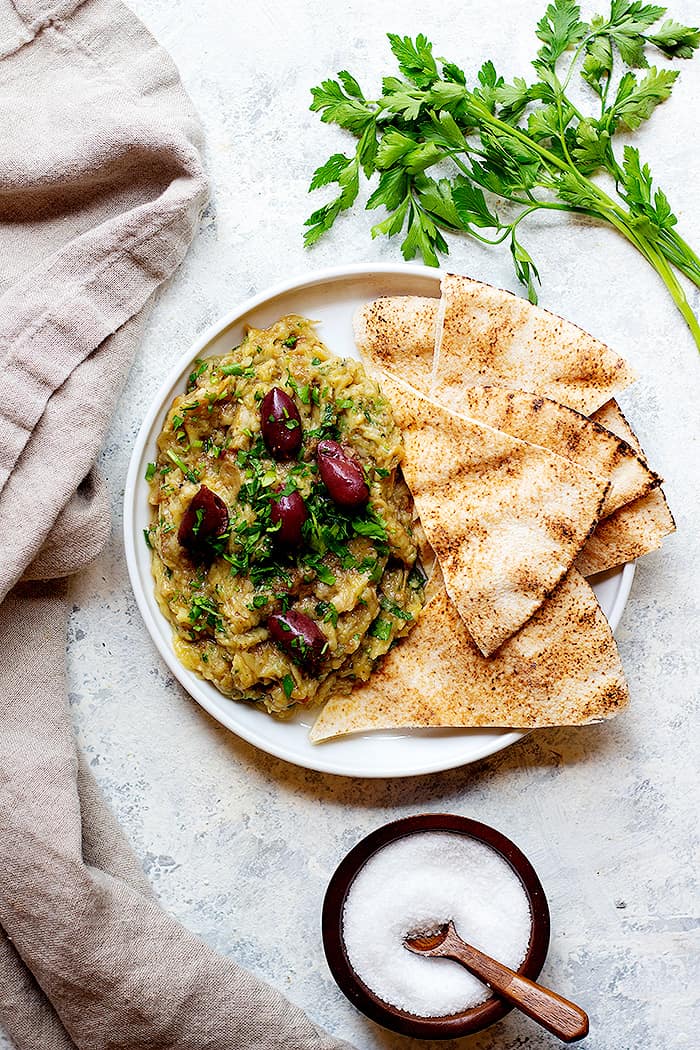 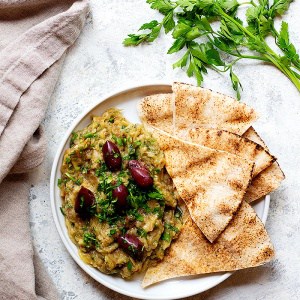 Serving: 4servingsCalories: 189kcalCarbohydrates: 17gProtein: 2gFat: 14gSaturated Fat: 2gPolyunsaturated Fat: 11gSodium: 297mgFiber: 5gSugar: 6g
Did you make this recipe? Let us know how it was by leaving a comment and a 5-star review!