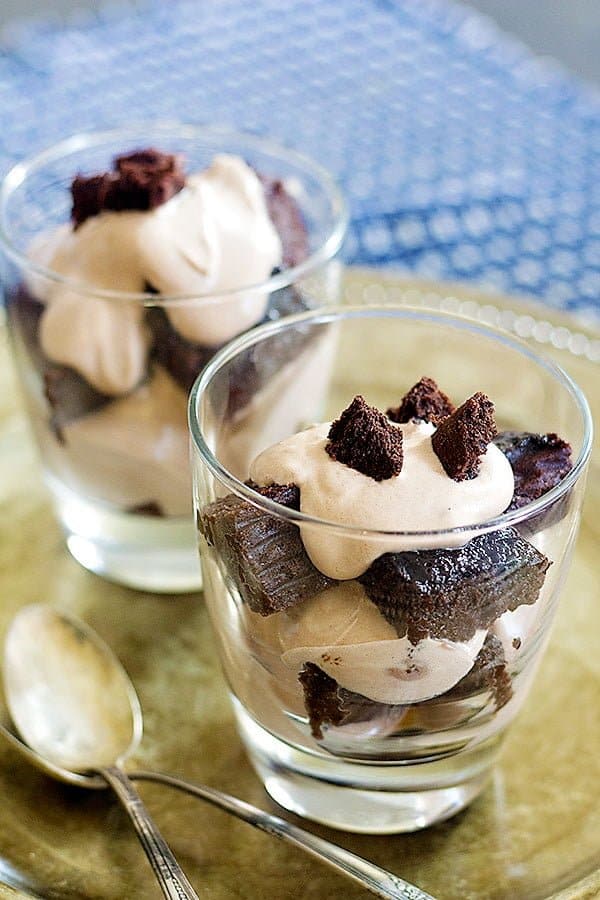 I mean, is there anything better than layers of cream and brownie? It's just the best ever! This Mocha Brownie Parfait is super easy and you won't believe how delicious it is. Let me give you a hint: Brownie pieces soaked in mocha! And when I tell you that brownies soaked in mocha is a good thing, trust me, you're going to thank me later for that.

This simple chocolate dessert is just perfect for parties and gatherings. You can either make it in a large glass trifle bowl or like me, you can make them in individual cups that make serving easier.

What goes into a brownie trifle?

First of all, brownies! You can use store bought brownies, brownie mixes or simply make your own brownies. For this chocolate brownie trifle I used my quick and easy brownie recipe which I made without the chocolate chunks and let it cool completely before I refrigerate it for a few hours.

Next comes the fluffy layer which is made of cream cheese, whipped cream, mocha and some powdered sugar. It's a simple combination that binds everything together and makes this a delicious dessert for chocolate lovers in your life. 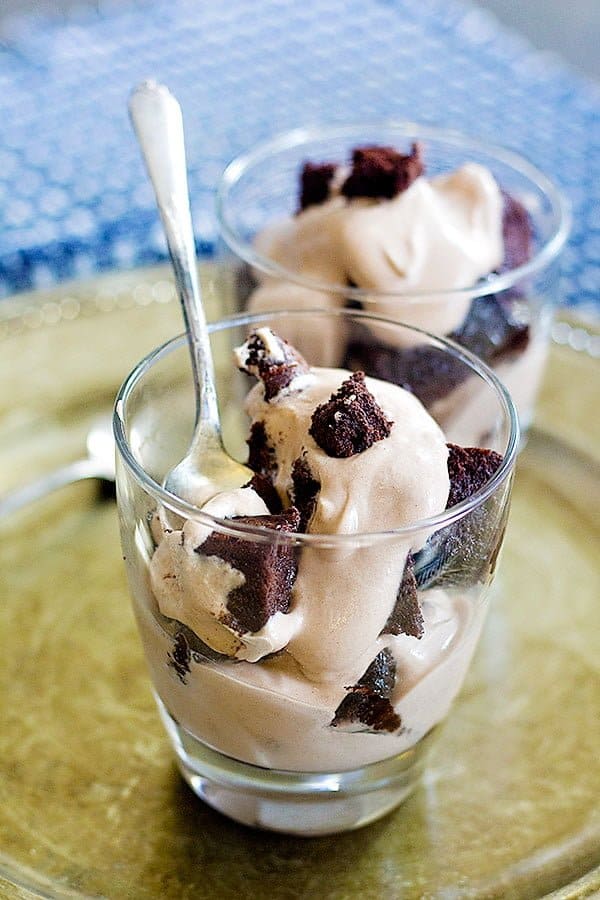 How to make trifle with brownies

Start by cutting the brownies into one-inch pieces. Make sure the brownies you're using are dense and not cake-y otherwise they might fall apart if they're mixed with the creamy layer. As mentioned, you can use store-bought brownies or mixes, I always prefer to make my own because I know the texture and know how dense it it.

Next, beat the cream cheese and powdered sugar in a bowl for a few minutes until completely combined. Add in mocha and stir well. Fold in whipped cream gently and make sure it's mixed with all the ingredients.

Dunk the brownies one by one in some mocha (I used International Delight® Iced Coffee - Mocha) and place them at the bottom of your preferred servings cups.  top with some mocha cheesecake cream and repeat until you reach the top of the cup. You can either leave it there or top with whipped cream and some fudge sauce. Refrigerate the brownie trifles for a couple of hours before serving.

The best thing about this brownie trifle is that you can add so many different flavors to it: 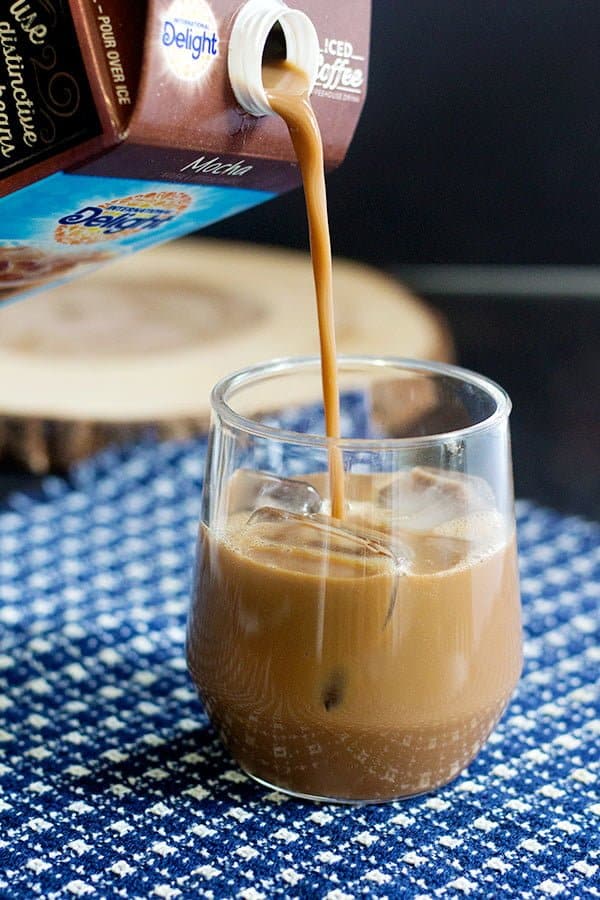 How long do these keep?

Can I made this trifle ahead of time?

Absolutely. This dessert stays so well in fridge, you can make it a day in advance and simply serve it when you're ready. Make sure to serve this dessert cold and not at room temperature. 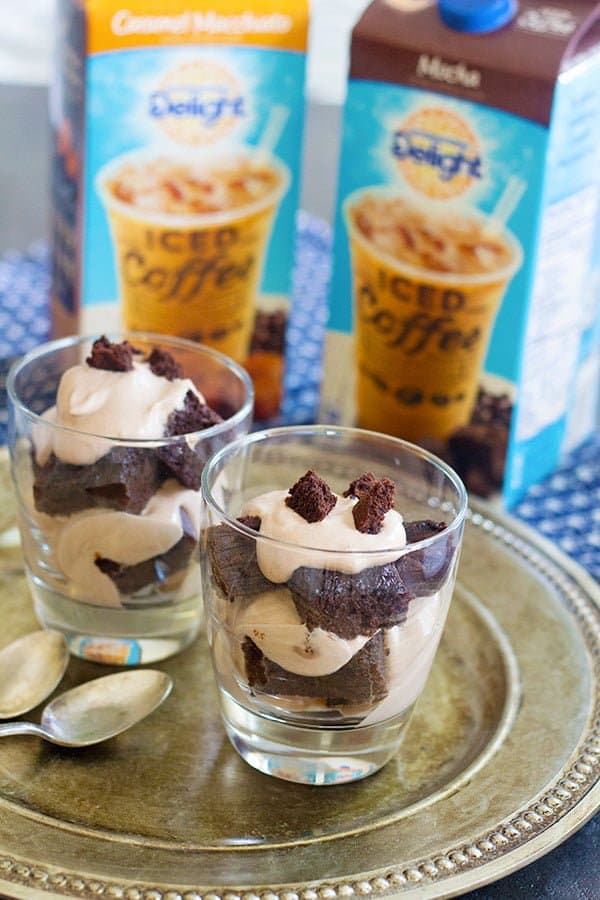 This homemade brownie trifle is a favorite because of its simplicity and the fact that you can make it in advance. It's a good dessert option when it comes to making dessert for a crowd or taking dessert to a party because you can make it quickly and let it cool in the fridge until you're ready to serve it. You can add fruit like fresh strawberries or raspberries to the trifle to give it some extra flavor. 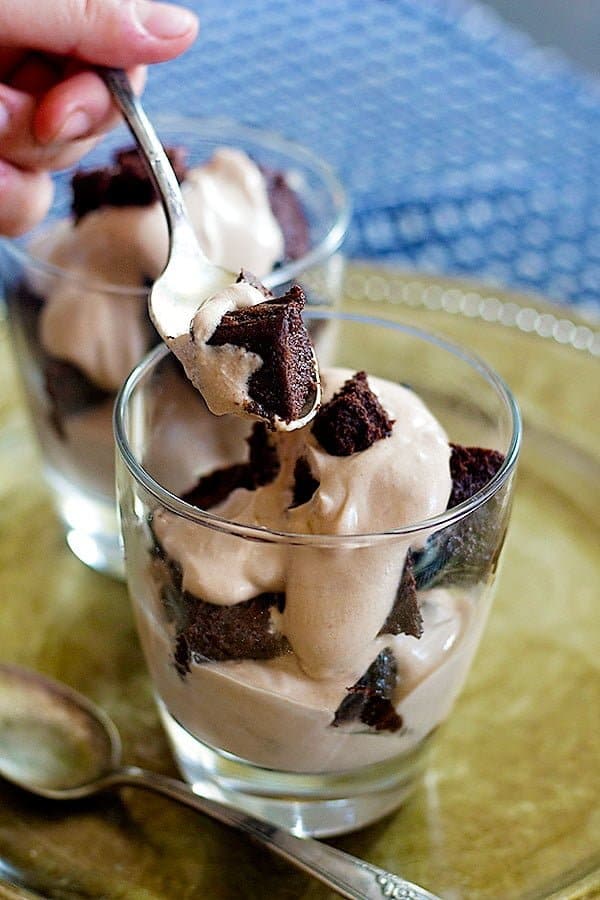 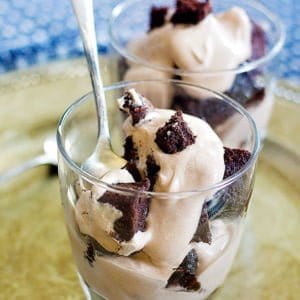 You can make other flavors of brownie trifle with the same recipe:

Calories: 530kcal
Did you make this recipe? Let us know how it was by leaving a comment and a 5-star review!